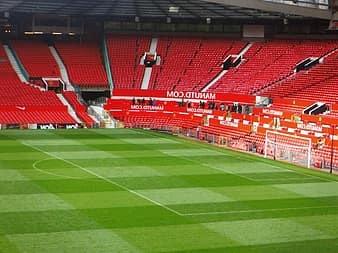 Man Utd’s latest fixture is drawing many eyes from all over the world. All because of one man- Cristiano Ronaldo. Sir Alex Ferguson’s prodigal son and one of United’s greatest ever players has returned and is expected to make his second debut. The deal has caused United fans to go head over heels trying to secure a golden ticket to the game. Especially since it isn’t being shown on British TV.

Man Utd are looking to make it three wins out of four in the Premier League this season. They cruised past Leeds emphatically on the opening day but struggled past Southampton and Wolves with a 1-1 draw against the former and a cagey 1-0 win against the latter.

Newcastle on the other hand are looking to get their first win of the season, they lost 4-2 to West Ham on the opening day and were defeated by Aston Villa on MW2. They came very close to a first taste of victory this season against Southampton. It looked like star-man Allan Saint-Maximin had won it for the Magpies in stoppage time, but they couldn’t hold out, giving away a penalty in the final minutes of the lengthy stoppage time to draw 2-2. Both sides will be desperate for the win, the atmosphere with Ronaldo’s arrival will make Old Trafford an even tougher place to go, but manager Steve Bruce knows just what it’s like to play in the famous Manchester ground.

Like Newcastle United, Leeds United are also hunting for their first three points of the season. They have been destroyed by Man Utd and held to draws by Everton and Burnley. Leeds have strengthened their squad since their last league game with the signing of Welsh winger Daniel James in a £25 million deal from Manchester United. Marcelo Bielsa has been a long-time admirer of James and was close to signing him in January of 2019, the deal fell through, and the Welshman instead joined Manchester United the following summer. His speed and work-rate will make him a good fit in a Bielsa’s Leeds team.

The task of getting three points will be tough for Leeds as they invite Liverpool to Elland Road. Jurgen Klopp’s red men have won 7 points out of 9 so far in the league. Including a controversial 1-1 draw against Chelsea. This leaves Liverpool in 5th place after three games. They will be looking to return to winning ways. Mohamed Salah will be eyeing up joining the Premier League 100 club, he is currently sat on 99 Premier League goals in 161 appearances. Doing so would mean he would become the 10th fastest player to reach 100 Premier League goals.

Leeds vs Liverpool has been a tasty fixture since Leeds’ return to the English top-flight in 2020. The last two results have been a 7-goal thriller seeing Liverpool come out as victors 4-3 and a 1-1 draw in which Diego Llorente snatched a point for Leeds in the dying embers of the game. Grab your popcorn on Sunday afternoon!

Leicester City have had a very good couple of seasons. They have become almost a stalwart in the top 6 and have been very close to the top 4 and Champions League football. Since the appointment of Brendan Rodgers, the team has been constantly on the rise . They had a decent summer in terms of new signings, Boubakary Soumare for just £17 million could prove to be a very smart purchase as well as highly rated centre back Jannik Vestergaard from Southampton and forward Patson Daka who will help to take the load off Jamie Vardy who is 35 in January.

The task for the Leicester boys is to take on defending champions Manchester City. Who have done some decent business themselves. £100 million man Jack Grealish has made a good start to life in the blue side of Manchester. He helped City to a 5-0 win over strugglers Arsenal last time out. Man City’s main cause for concern in the media is a lack of an out and out 9 after Sergio Aguero’s departure. They hunted Harry Kane and Cristiano Ronaldo throughout the summer but failed with both. Kane was priced out of a move and Ronaldo opted to return to United as we know. As of right now, young Spaniard Ferran Torres has been filling that role, in more of a false 9 position. He has been excellent and will certainly cause the Leicester defence some issues.