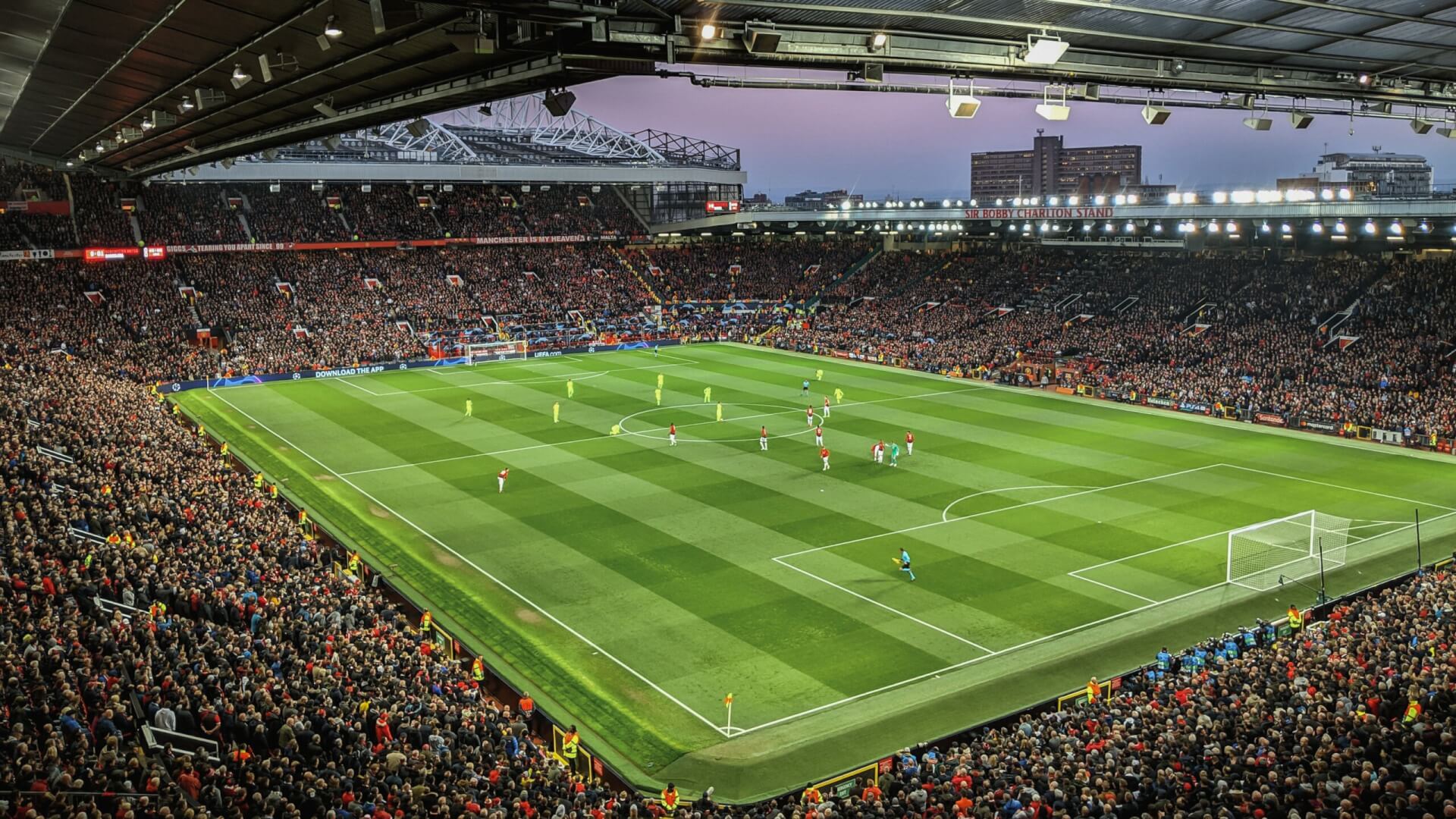 Photo by: Alex Motoc on Unsplash

Who Should Erik ten Hag Sign for Manchester United?

Manchester United in recent history have been extremely disappointing and if we are being brutally honest, horrendous.

Since the departure of 26-year serving boss, Sir Alex Ferguson, United have looked at four men to bring the glory days back to Old Trafford. David Moyes, Louis van Gaal, Jose Mourinho and Ole Gunnar Solskjaer. Almost a decade and £1billion later, United are still very much at square one.

There have been many failed major signings, an abundance of wasted talent and some awfully embarrassing results. This is why it is of utmost importance that United get it right this summer. They have brought in a very impressive coach in Erik ten Hag, who was the mastermind behind some incredible success at Ajax. He will be looking to replicate his ‘Ajax model’ at United.

To achieve this, not only will he need to get the best out of the current group, but he will also need to bring in some fresh faces. His recruitment will need to be spot on, he’ll have the help of United’s new DoF (director of football) John Murtough. A slight upgrade on Ed Woodward who previous managers worked under.

A summer of departures

United have already done business in this transfer window, in the form of letting players go. Since the end of the season, we have seen a plethora of ‘deadwood’ players leave the club.

There are still players linked with exits who are contracted at United, but so far we have seen these six say their United goodbyes. Paul Pogba is without question the biggest loss. He was the centrepiece in Jose Mourinho’s rebuild and was signed to be the poster boy of United. Unfortunately, his performances on the pitch were never quite consistent enough. His quality was clear and in spells he looked like the best midfielder in the world, but ultimately it didn’t work out at United.

His presence will be a huge gap to fill, United lacked midfielders as it is- and now they have lost four more. Edi Cavani will also be a miss, as his impact in his first season at the club was amazing but a second season plagued with injuries saw him score just twice in the league. United will need more players not only to increase quality but also to plug gaps made by departures. Squad depth is key.

Erik ten Hag has many philosophies as a coach, the main one being that a coach should stay true to their own style, otherwise you’ll find yourself losing authority over the players. He believes that off the ball runs are key, which is something United have lacked massively. Ralf Rangnick attempted to implement a gegenpressing system, but he didn’t have the time or personnel to make this happen.

Erik ten Hag plays a classic 433 with a pivot in midfield playing behind a number 10. United have also played this way for a while with the pivot consisting of Scott McTominay alongside Fred. This has been a weak pairing and will certainly need addressing.

In ten Hag’s system, one of the midfielders plays as a deep lying playmaker. Ironically, a role that Paul Pogba would fit to a tee. The deep lying playmaker has the role of dropping in front of the defenders and being the first player to receive the ball from the back line. They must have the ability to pick out defence-cutting forward passes and the endurance to work up and down the pitch.

This role has been occupied by Frenkie de Jong and Ryan Gravenberch in ten Hag’s most successful Ajax sides. Which makes it no surprise that United’s no.1 midfield target is de Jong. Let’s take a look at the pros and cons of signing him.

de Jong is a signing that makes sense. He epitomises the style that ten Hag plays, and he would lift the midfield quality massively. For me, this is a deal that has to be done and United should stump up the money and get the midfielder on board.

With de Jong, United’s midfield options would still be thin, and another midfielder should definitely be looked at. A more defensive style, destroyer type. A Matić replacement. One of the players being looked at for this role is Ibrahim Sangaré of PSV Eindhoven. ten Hag has watched him closely during his time at Ajax and has identified him to the United board.

He is a dynamic defensive mid with bags of energy. He retains the ball well and can also win it exceptionally. Having him in the ranks alongside Fred as defensive options would put United in great stead.

United’s defence is a massive problem area and one that needs to be addressed. The club spent big on defenders back in 2019, bringing in both Aaron Wan-Bissaka and Harry Maguire for a combined £130 million. Both have been failures and it looks like the club will need to spend big again.

Erik ten Hag plays with a very high line defence, this is a style that doesn’t suit Maguire at all. His slowness and lack of agility make it easy for attackers to get in behind him. Because of his high fee, it looks likely he will be in the plans of ten Hag but maybe not first choice.

Erik ten Hag needs ball playing defenders to make his system. Raphaël Varane will suit ten Hag’s system well, as will Victor Lindelof. But another defender is definitely required. A player with speed, physicality and confidence on the ball. Jurrien Timber could well be that man. He established himself as a starter at ten Hag’s Ajax last season.

He is young and can play multiple positions. While centre-back is his forte, he has experience at right back and in defensive midfield. Versatility is something United have lacked in players for a long time and having a player that can plug gaps will be a massive positive for the club. He knows ten Hag and his system already meaning he would settle in brilliantly. He is another signing that makes absolute sense for United, and it’s rumoured that he may only cost around £40 million.

Going forward, it is obvious that United need some new talent. The only recognised striker is Cristiano Ronaldo and even he isn’t a fan of playing in that role and prefers to be a wide man. After losing Cavani and Greenwood, United’s striking options are incredibly thin. They need a number nine and perhaps cover on the right-hand side.

Out and out nine- Darwin Nunez

Darwin Nunez has impressed massively at Benfica this season and has earned a major transfer. The two clubs looking at him are Liverpool and United. Last season ten Hag used Sebastian Haller up top, a classic physical striker who can get on the end of anything and most importantly- finish.

Nunez has similar strengths, he is very physical, dynamic and is great on the ball. He is an exceptional young striker, similar to that of Erling Haaland who has recently joined Man City. He would be the spearhead of United for many years to come and could learn from Cristiano Ronaldo. Let’s take a look at some pros on cons of signing the Uruguayan.

He is a player that all of Europe are watching, and it remains to be seen who will land him. At this moment in time, it looks more likely for him to join Liverpool as they have reportedly agreed terms with the player.

United have been lacking in the right-wing department ever since the departure of Cristiano Ronaldo in 2009. They have tried with many players, and none have been successful, yet…

Jadon Sancho was brought in to supposedly fill that role, but he has gravitated towards the left flank and is said to prefer it. Which leaves the right-hand side still vacant. Erik ten Hag likes his wingers to cut inside as seen by Hakim Ziyech in 2018/19 and Antony in 2021/22. Ziyech is unattainable, being at Chelsea but someone who they might be able to sign is Antony.

The Brazilian has incredible talent and has taken the Eredivisie by storm. He is dynamic, skilful and has great output. He can make killer crosses as well as use his left foot to score goals himself. He would be available for around £50 million and is another player that would help United’s cause.

If United were able to sign even three of these players their team would dramatically change in quality. They would have a spine built from ten Hag players, which would help the team adapt to his system quicker. Here is how Manchester United could potentially lineup next season:

This team would be a massive improvement on last season and under the management of ten Hag, could cause real problems for other teams in the league. Who do you think United need to sign and will ten Hag take them back to their best?