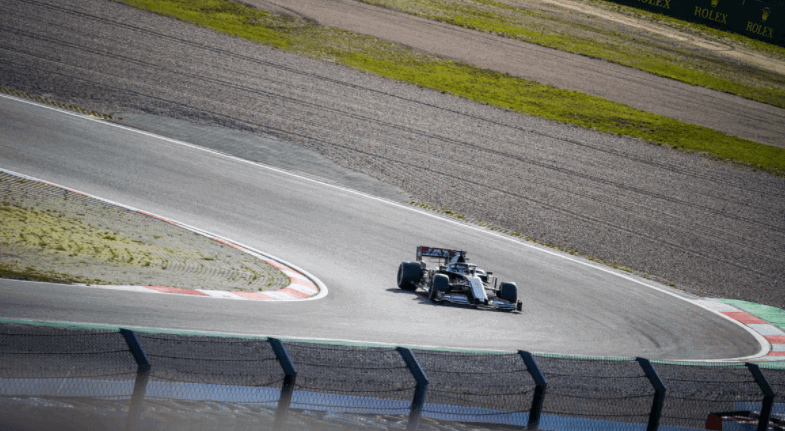 F1 fans have now got the Azerbaijan Grand Prix to look forward to, but before that, we’re going to summarise what transpired back in the Monaco race.

Once again, it was Red Bull taking the chequered flag at the Monaco Grand Prix, but perhaps not the car of Max Verstappen that you would assume. That’s right, it was Sergio Perez winning just the third race of his career in thrilling fashion.

Perez was in fine form and it was his overtaking of the Ferraris when they were pitting that helped him pick up first place and never let it go. Interestingly, it was Carlos Sainz finishing second, while his teammate and championship favourite, Charles Leclerc (who started on pole), ended the race in disappointing fourth place.

Verstappen had a decent race by his standards, but could only manage third place, but that was still enough to propel him to the top of the driver standings. Mercedes again didn’t look great but George Russell managed fifth and Lewis Hamilton came in eighth.

Most of the drama of the day came from the weather, as torrential rain lashed the circuit at the start of the competition. This forced a long delay of around an hour and made the conditions slippery when the drivers were finally allowed to race. Mick Schumacher had the biggest crash of the day and this caused the officials to bring out the red flags.

Venue, time, & where to watch the F1 Azerbaijan Grand Prix

The F1 Azerbaijan Grand Prix is held at the Baku City Circuit on the 12th of June 2022. Viewers in the UK can watch the race starting at 12:00pm on Sky Sports F1, but the full racing schedule for the weekend can be seen below.

The track is one of the more recent additions to the F1 calendar, with the first Azerbaijan race only happening in 2016. The 2022 edition will feature 51 laps over a circuit length of 6.003km. Charles Leclerc currently holds the lap record from 2019 with a time of 1:43.009.

The Baku City track is a real sight to behold and always one of the favourites for F1 drivers to compete on. This is due to the beautiful mix of long straights (especially the biggest along the Baku shoreline) and several interesting turns that head along the twisting Icheri Sheher old town section.

Similarly to Monaco, drivers have to be careful due to very narrow parts and the teeniest error can be disastrous. Still, there are ample opportunities for overtaking (unlike Monaco) and several chances for F1 fans to see the cars let loose and really see how powerful the engines can be.

Drivers to watch in the Azerbaijan Grand P 2022

The easy answer is, of course, none other than 2021 champion and current leader in the F1 standings, Max Verstappen. But don’t forget about Sergio Perez in the second Red Bull. The famed Mexican driver has been steadily improving throughout the 2022 season, which culminated in the magnificent but not unexpected victory in Monaco. Perez is now firmly in the hunt for the title.

Perez has no plans to play second fiddle to Verstappen for his entire Red Bull career, and if the championship window is open like it is now, then we’re going to see a battle for the trophy with no holds barred.

Even though he routinely finishes on the podium, we’ve been a little less excited for Ferrari driver, Charles Leclerc, in the last few races. The form he started with has been diminishing and we wonder where the hunger for race wins has gone. True, some of that have been issues with the car, but we would love to see a real title fight between Verstappen, Leclerc, and Perez for the remainder of the season.

Perez has got to feel good about his chances this year, as he was the winner of the Azerbaijan Grand Prix in 2021. He knows the circuit well and his confidence heading into this race will be sky high.

If the last few races are anything to go by (they usually are), then Red Bull is certainly favoured in Azerbaijan. The car is extremely reliable and has an uncanny ability to handle tight corners after heavy breaking from the straight.

Right now, we’re discounting anyone from Mercedes from making a real threat to the driver standings, although that doesn’t mean either Russell or Hamilton can’t win. It’s just that we don’t trust this 2022 Mercedes car to have the speed or handling to rival the Red Bulls or Ferraris. So, better luck next year guys.

Russell has been very consistent in this 2022 season – far more than Hamilton – and there’s certainly a chance he could crack the top three and reach the podium. Russell’s skill in the Mercedes is incredibly exciting for the future of Formula One, as we know that Hamilton may not be driving for much longer. He’s a seven-time champion, but won’t be racing unless he feels he can win the championship again.

One factor that every driver will be considering in Azerbaijan is the sheer heat of the area. The temperatures in the cockpit of the car alone can reach 44°C during the race. Now, that’s hot stuff and enough to make anyone ashamed of complaining about a 30°C day while sitting comfortably in their garden.

The drivers have to watch their hydration, as they are only allowed one litre-and-a-half of liquid in the drinking bags provided in the cars. Usually, F1 drivers hydrate heavily before the start of the race to ensure they can handle the heat of races like Azerbaijan.

Predicted outcome for the Azerbaijan Grand Prix in 2022

Now comes the hard part… guessing the result of this race.

Verstappen is now nine points ahead of Leclerc in the standings, but we believe that none other than Perez is the man he’s most concerned with in his side-view mirrors.

One thing to remember is just how Max Verstappen exited the 2021 Baku race, as the Dutchman was leading the contest with only five laps remaining when a tyre degradation issue occurred, which sent him spinning and crashing into the barriers (complete with the hilarious picture of Verstappen kicking the car afterwards).

It might actually sound crazy, but crazy enough to work is Perez winning the Formula One Azerbaijan Grand Prix for the second time in a row. His familiarity with the Baku City Circuit and poise after the Monaco victory will certainly give him an advantage.

Verstappen won’t be far behind in second place, and for some reason we’re feeling lenient and giving Russell third place. Leclerc and Sainz will round out the top five, respectively.