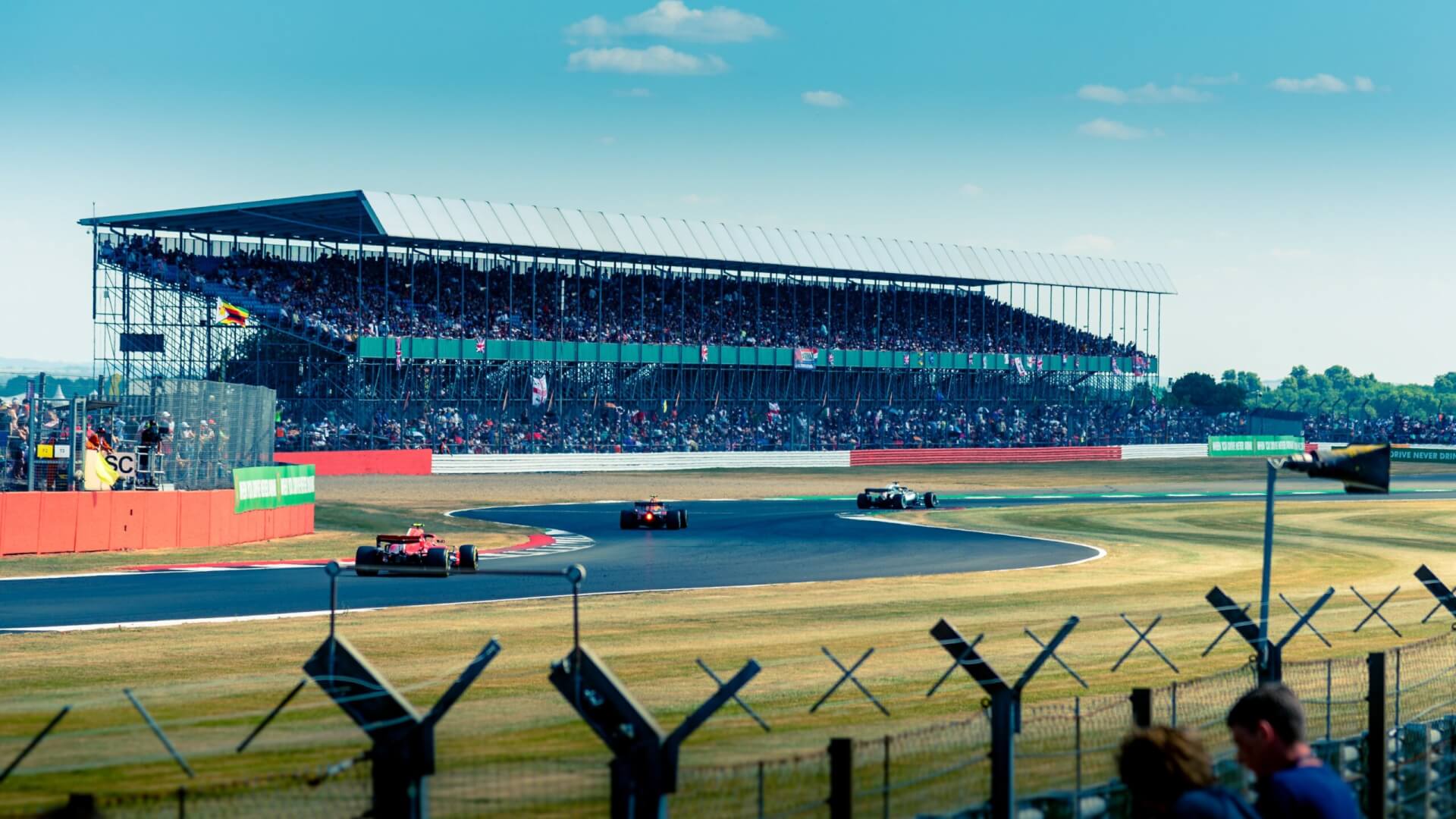 Aussie F1 fans have a lot to be thankful for, as the upcoming Australian GP in 2022 is the first Formula One race on Oz soil since 2019. Albert Park in Melbourne has been an iconic track for decades now, and while it’s always great to add new circuits to the F1 racing calendar, there’s something special about a race with such history behind it.

In case you’ve forgotten what happened in the last F1 Grand Prix from Saudi Arabia, then here’s a quick recap. Current Formula One champion, Max Verstappen, took home the chequered flag in the Red Bull, while the Ferraris of Charles Leclerc and Carlos Sainz finished second and third, respectively. Lewis Hamilton in the Mercedes didn’t have a dream race and ended with just one point in 10th place.

Venue, time, & where to watch

The F1 Australian Grand Prix will be held at Albert Park on Sunday, 10th April, at 7:00am GMT. You can watch all the racing action live on Sky Sports F1 & Main Event, with the full details below:

Albert Park includes a few sections of Melbourne’s city streets, but 2022 will be the first time that fans can see the alterations to the circuit. The track has previously been somewhat bumpy and hard on the car’s chassis, but after the changes, things are likely to be far smoother and cleaner now for the drivers.

Turn 1 has been widened by 2.5 metres in a bid to prevent crashes, which have formerly ruined a few starts to the race before. Cars won’t be forced into a narrow apex and overtaking opportunities are easier.

Moreover, the entire layout of the Albert Park circuit has been resurfaced, as the original tarmac had not been improved since the first race in 1996. Think about all the cars that have driven over the surface since then! Many drivers and team bosses had complained about the track surface for many years before the alterations, as some zones were especially dangerous given the track conditions.

The coronavirus pandemic was used as an opportunity to resurface the track and widen certain sections, which will no doubt improve the racing, speed, and overall excitement of the F1 Australian Grand Prix.

As for which team the new layout will suit, well, it’s hard to go past Ferrari right now. The team has always had success in Melbourne with eight wins in previous years, but now the Ferrari is even better, so the circuit should suit Charles Leclerc and Carlos Sainz like a match made in heaven.

There’s something to be said about Max Verstappen, however, as the Red Bulls have always cornered really well and have as much speed, if not more, than Ferrari and Mercedes.

The latest reports from the practise sessions have shown that Ferraris on the soft tyres have been outperforming everyone else, with Leclerc zipping ahead of Verstappen and Sainz. Mercedes have been almost two seconds slower than its rivals, which is a cause for concern for any Hamilton or Russell fans.

There has been a slight risk of rain all weekend, but new weather forecasts suggest it will be cloudy with a very low chance of rain.

These are the current F1 driver standings before the Australian GP in 2022:

The drivers to watch

It’s still Leclerc with all the pace so far, but it’s hard to know how things will really pan out until qualifying is completed on Saturday, April 9th. If nothing changes from the practice sessions, then Ferrari will almost certainly land pole position, most likely as a one-two on the grid, with Verstappen in third.

Ferrari has looked untouchable at times this season, and Melbourne is no different, with graceful handling around corners and a furious speed on the straights. Whatever the Italian team is doing right now, it’s working.

It appears as if the Mercedes woes are continuing after the practice sessions, with Hamilton opening up on the challenges he’s facing when driving the car. “It’s just nothing you change on the car makes a difference at the moment, so that’s the difficult thing”, said Hamilton. “You get in very optimistic and then you make changes and then it doesn’t really seem to want to improve. It’s a tricky car. It’s the way it is so we’ll just have to drive with it.”

There has been a lot of optimism for local Aussie boy, Daniel Ricciardo, racing in the McLaren, as the team’s pace looks far more improved than in the first two races. There’s likely no real threat to the podium, unless there are any car failures or incidents that force the Ferraris or Red Bulls to retire, but the car running much better is a good sign for Australian supporters cheering for Ricciardo on Sunday.

One of the most amusing incidents of the weekend came after the first practice session, when Sebastian Vettel (back after missing two races with the coronavirus) drove back to the team’s paddock on a moped after his Aston Martin car lost power.

However, the Fun Police are out in force, and there’s a chance Vettel could be penalised because the rules state that no one is allowed on the track without permission from a marshal, even though there were no cars on the circuit because it was after the session had ended.

Hopefully Vettel won’t be punished with a lower grid spot after qualifying, perhaps either a fine or verbal reprimand is enough, as you hate to see a small thing like riding a moped end up damaging his chances to win.

Other notable moments include Max Verstappen trying Vegemite (an Australian spread a bit like Marmite) for the first time… with a mixed reaction let’s say. There’s also the news that F1 drivers are not allowed to wear any jewellery or piercings when racing, which is bad for Lewis Hamilton, as he’s quite fond of both.

Some drivers have also been complaining that the F1 Australian Grand Prix is too awkwardly placed on the racing calendar, as there is barely any moment to adjust to the time zone before being whisked away to another country. This is an easy problem to understand, as F1 is very dissimilar to other sports, as the drivers move from place to place over the year.

The stress placed on an F1 driver during the race is one thing, but as any traveller knows, the body and mind take a while to adjust to the new climate, time zone, and culture. Of course, F1 drivers don’t travel like normal folk and stay in much nicer hotels, but it’s hard to imagine what these guys go through on a regular basis.

It just looks like another Ferrari win in the Australian F1 Grand Prix in 2022, which would be the team’s 9th at Albert Park (albeit a new and improved circuit). There’s nothing to suggest that the speed and control aren’t top-notch, and Charles Leclerc has a slight competitive edge over his teammate in Carlos Sainz.

Leclerc has admitted that he needs to drive smarter, after Verstappen stole the lead from him in Saudi Arabia on one of the last laps. Leclerc led for most of the race and could have very easily had two victories to begin the F1 season, but a quick lapse of judgment was all it took for Verstappen to pounce and claim the win.

The Ferraris, like many other F1 cars, have been suffering from porpoising (the car bouncing up and down) on the Melbourne circuit, so it’s possible that we’ll see even quicker speeds from the car once this issue is sorted.

It would be nice to have Mercedes back in form to make the 2022 Formula One season even more interesting than previous years, but from what we’ve seen in practice and the comments made by Hamilton, the car still has a lot of work to do to catch up to Ferrari and Red Bull.

To get a real idea of just how great the Ferrari looks and why Leclerc is the clear frontrunner for the Australian GP in 2022 and potentially the championship, take a look on-board the car during one of his fastest sessions in practice. After watching the video, not only do you see the incredible quickness that Leclerc displays, but also an idea of the new track alterations and the porpoising issues affecting the cars.