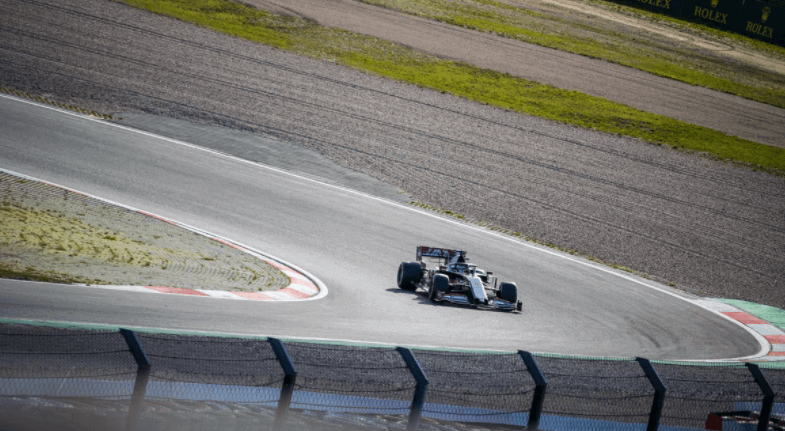 The Formula One 2022 circus continues to entertain us with yet another thrilling race in Italy over the weekend. The F1 Imola Grand Prix was interesting not just because it was the home race of title favourites, Ferrari, but also because it was the first of three contests to incorporate the Sprint Race.

The Sprint was trialled in 2021 and has the green light for three more races in the F1 calendar: Italy, Austria, and Brazil. But what is this Sprint all about? Well, it’s essentially a mini race on Saturday before the bigger race on Sunday. It also acts as the qualifying for the Sunday race, meaning whoever wins the Sprint will get the first place on the grid for the Grand Prix.

The Sprint is 62 miles, which is roughly 21 laps of the Imola circuit, plus, the top eight spots will earn championship points with the winner receiving eight points, the second spot seven, and so on. The top three positions for Saturday in Italy ended up being Max Verstappen in first, Charles Leclerc in second, and Sergio Perez in third.

Both the Red Bulls and Ferraris had looked good all weekend in practice, and drivers from either team had the potential to take the chequered flag. However, the pace of Max Verstappen was truly terrifying and it’s incredible to see the edge that the Red Bulls are starting to have in F1. Ferrari might be leading the title race, but as you’ll see, Red Bull is catching up quick.

On pole for the F1 Imola Grand Prix, it was Max Verstappen who never looked back and won the race with relative ease. It was a great day for Red Bull, as Sergio Perez finished second, while the surprise of the day was Lando Norris in the McLaren in third place.

Just like he looked all weekend, Verstappen was unbeatable, with precision driving and a will to win that was undeniable. The Ferraris weren’t able to impress the Italian home crowd as much as they had hoped, with Carlos Sainz ending up with a DNF and Leclerc making a huge error in the final laps that cost him several places. Ferrari’s number one driver finished in sixth, but a bit of caution and focus would have seen him most likely third.

It was a race Mercedes and Lewis Hamilton definitely will not want to remember, as the British seven-time champion and perennial title favourite had a horror weekend. Hamilton earned no points in the Sprint Race by finishing 14th, and the Imola Grand Prix wasn’t much better, as he only finished in 13th spot – an unlucky number if there ever was one.

Weirdly, Hamilton’s teammate on Mercedes, George Russell, continues to shine during his initial season with the team, by ending the Imola race in a respectable fourth place.

The track circumstances started out quite treacherous, with heavy rain leaving the tarmac damp at the start of the race. The rain eased off for most of the F1 race, but it still meant every driver needed to be that little bit more careful in slippery conditions.

Mercedes has all but admitted that it is out of title contention after only four races on the F1 calendar, with team boss, Toto Wolff, apologising to Hamilton for the terrible car. “Lewis, sorry for what you had to drive today,” he said. “I know this is undriveable.” In an embarrassing moment, Hamilton was even lapped by Verstappen in the race, which is an odd contrast to last season’s neck-and-neck battle for the title. “We are not good enough for a world champion and we just need to fix the car,” added Wolff.

Since his Formula One debut in 2007, Hamilton had won at least one race every season – something no other driver has achieved – but it appears that the record will be no longer intact in 2022 unless drastic changes happen.

The Red Bulls picked up their first one-two since Malaysia in 2016, but more importantly, the result in Italy has largely reduced the points gap in the championship between Leclerc and Verstappen. The Sprint Race, in particular, was huge for Verstappen (also picking up another point for the fastest lap), as he is only 27 points behind Leclerc in the title race.

With only nine laps remaining, Leclerc was in hot pursuit of Sergio Perez in second place, but accelerated far too quickly on the Variante Alta corner, resulting in hitting the kerb, spinning out, and damaging the front wing. Leclerc had to pit immediately, but lost several places and had to settle for sixth (still better than nothing).

Leclerc took full responsibility for the error, admitting that he was pushing too hard for second place. “It is a big shame. I was too greedy and I paid the price for it and lost seven potential points compared to my third place I was before,” said Leclerc. “Whatever happened before the spin it’s how it is, it’s part of racing you know, but I believe that the spin should not have happened today.”

Apart from Leclerc’s self-spin out, there was also drama for Carlos Sainz in the other Ferrari. On the very first lap of the F1 Imola Grand Prix, Daniel Ricciardo in the McLaren lost control and ended up hitting Sainz, causing the Ferrari to get bogged down in the wet gravel on the side of the track and was unable to spin the tires out. Ricciardo finished in 18th place and Sainz picked up a DNF, but the Aussie driver sincerely apologised to Sainz after the race.

Thoughts and predictions for the next race in Miami

The next Formula One race will take place in Miami, USA, in two weeks. The Miami International Autodrome will be quite the experience for everyone on May 8th, as 2022 will be the first time that any F1 driver will compete on the circuit.

The track in Miami is a temporary circuit that is placed in the Hard Rock Stadium complex in Miami Gardens. This is the home to the Miami Dolphins team in the NFL.

The Miami Grand Prix will be raced over 57 laps and is actually the second circuit in the USA, with Austin slightly further down the racing calendar on October 23rd.

The Miami circuit has a fantastic street-track look to it, with 19 corners, three straights, and an estimated top speed of 320km/h. There are even some hills and dips in various parts of the track, which will no doubt add a unique feel for the F1 drivers.

At this moment, it appears as if Red Bull has all the momentum going into Miami, but Ferrari will get their act together and be dangerous again for the next race. Mercedes may be able to get a decent car working for Hamilton, but even if they do, it’s almost impossible for his title hopes now.

Rumours continue to fly about Hamilton potentially retiring after such a disappointing 2022 F1 season, but as of now, he has given no indication that he will hang up his racing boots and call it quits at the end of the campaign. It would be an unusual way to retire, as one would have to think that Hamilton would prefer going out fighting, rather than sneaking out the back with a car that just isn’t up to F1 standards.

This is how things look for the top five at the end of the F1 race in Imola.