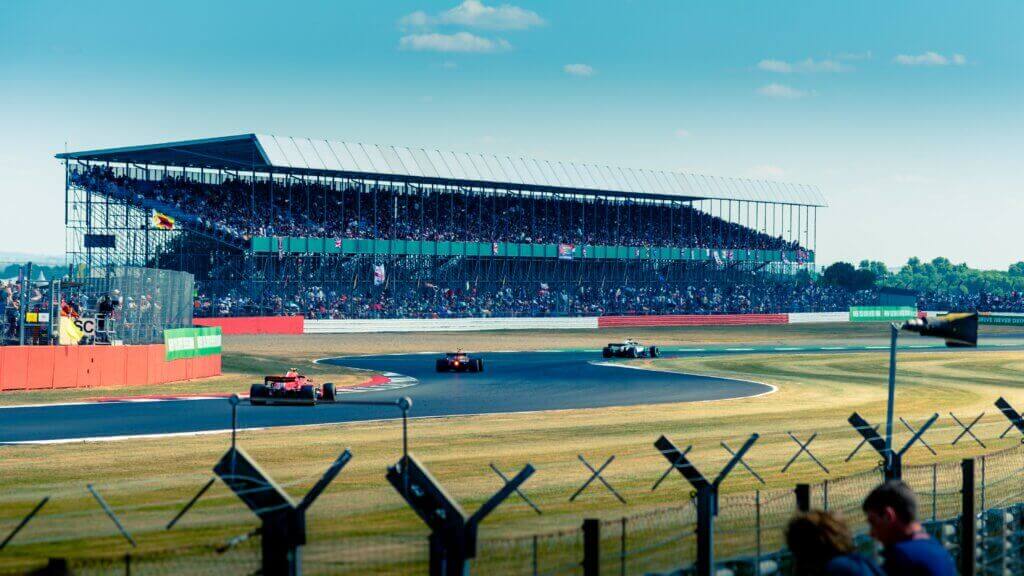 The dust has barely settled from the thrilling battle we all witnessed in Brazil, and now we’ve got the Qatar 2021 race coming up this weekend. Sometimes there’s just barely any time to breathe in the F1 world. Hamilton’s incredible come-from-behind victory in Brazil is still fresh in everyone’s mind – most notably his biggest rival in Verstappen – so we’re all excited to find out how this race is going to compare.

With just three races left in the season, including this upcoming F1 Qatar race, the driver standings remain one of the closest it’s been for many years. Red Bull’s Max Verstappen is currently on 332.5 points and just ahead of Mercedes’ Lewis Hamilton on 318.5. What happens in Qatar 2021 could very well define the driver’s championship: Can Hamilton close the gap and go for his eighth championship? Or will Verstappen increase his lead and hold on to grab his first title? Time will tell.

Venue, time, and where to watch the Qatar Grand Prix 2021

The F1 Qatar race is being held on the weekend of November 19-21. This is the first time an F1 race has taken place in Qatar, which will happen on the Losail International Circuit, 22 miles north of the capital city Doha. The track contains 16 turns and was created in 2004, but has already hosted many MotoGP races before. Qatar 2021 marks the first of an agreed-upon 10-year deal that will actually start in 2023, as the country will be hosting the FIFA World Cup and will have to cancel the race in 2022.

For UK viewers, the Grand Prix 2021 race in Qatar can be watched live on Sky Sports F1. Qualifying and race highlights are available on Channel 4. Here’s a quick summary of the weekend times in GMT:

Well, where to start? This was a weekend full of drama before the race even began. To make things as simple as possible, Lewis Hamilton was disqualified from Friday’s qualifying due to a rear-wing infringement. The entire explanation is fairly dull, but just know that Mercedes’ rear wing was not quite at F1 regulations, so Hamilton was banned from qualifying as punishment.

This, however, turned out to be not so problematic, as Hamilton finished 5th in the Saturday Sprint Race (essentially a mini race being trialed by F1 to determine grid order). Hamilton was unfortunately docked another five grid spots because of an engine change (there are many rules in F1), so he started on 10th place on the grid for Sunday’s race in Brazil.

Now, the fun part. Mercedes’ other driver, Valtteri Bottas, started first on the grid while Red Bull’s Verstappen was second. Verstappen quickly stole the lead at the start, but spent most of the race looking at his side mirrors for the oncoming charge of Hamilton. Pulling off one of the best drives of his career, Hamilton darted up the spots on the track and passed one driver after another on his mission to claim first place. It certainly wasn’t easy, but on lap 59 of 71, Hamilton snuck past Verstappen and managed to hold on for a hard-fought victory.

How things look between Verstappen and Hamilton in Qatar 2021

No matter who comes out the winner after the final three races, Verstappen and Hamilton’s duel is going to be one for the ages. Both are driving for something very personal: Hamilton is currently tied with Michael Schumacher for the most F1 championships at seven. To get one more title would make him the all-time leader and something that no other driver may ever accomplish. Verstappen is an incredibly talented young driver vying for his very first title.

With Hamilton still behind Verstappen by 14 points, Mercedes’ perfect outcome in the F1 Qatar race is Hamilton taking first place and Verstappen either getting no points or at least finishing in the 9th or 10th spot. Of course, Red Bull will have a thing or two to say about that, so expect a very close race.

No F1 race is easy to predict, especially this season with Red Bull and Mercedes finishing so close in every race. Still, it appears the Qatar track will be better suited for Mercedes due to the long straight that favors Hamilton and Bottas’ engines. The middle section of the track, particularly turn five and ten, will likely be ideal for the Red Bull handling. But Hamilton is absolutely in the groove and has a lot of championship experience, so we expect Hamilton to go first, Bottas second, and Verstappen third.

Weather conditions and other factors for the Qatar 2021 race

The Losail International Circuit will certainly be tough on all the team’s tires due to the very hot conditions in Qatar. Although it should be pointed out that the race will actually take place at night under floodlights. This will be the fourth track in the F1 calendar for night racing, alongside the Bahrain, Abu Dhabi, and Singapore races. This is because the daytime conditions are simply too hot, as even the temperature at night in November will be around 20°C (68°F).

The Qatar track is still going to hold a lot of warmth from the sun even at night, so every team will be strategizing for how many pit stops are necessary to switch tires. On one hand, fresh tires are an F1 driver’s best friend, but the time lost in the pit lane can really feel like an eternity. Whatever happens in Qatar, it’s going to be exhilarating.