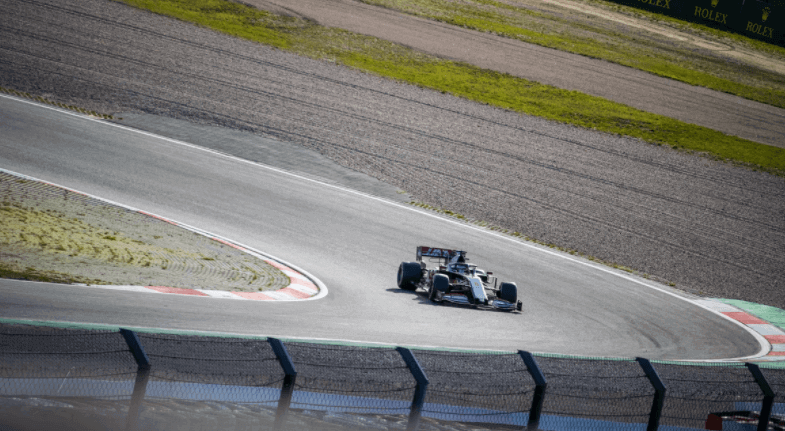 From Miami to Barcelona we go! A new F1 Grand Prix can’t come quick enough, but before we get into detail about what could happen in the Spanish race, here’s a quick recap of the Miami race.

While it was Charles Leclerc and Carlos Sainz with a Ferrari one/two on the starting grid at the inaugural F1 race in Miami, Red Bull’s Max Verstappen (and reigning Formula One champion) stole the show.

The Flying Dutchman started in third place on the grid, but it took only nine laps for Verstappen to take jump two places and take the first place away from Ferrari. Verstappen was unbeatable from that point and led comfortably for the entire race, and it was no shock when he ended the race in P1 and won a hard-fought battle.

Leclerc and Sainz finished second and third, respectively, with Sergio Perez (Red Bull) and George Russell (Mercedes) taking the fourth and fifth spots. Mercedes actually performed quite well in Miami and shrugged off recent troubles with the car, as seven-time champion, Lewis Hamilton, managed to pick up some more points with sixth place.

Venue, time & where to watch the Barcelona race in 2022

The F1 Spanish Grand Prix takes place from the 20th to 22nd May 2022, with the actual race starting at 14:00 GMT on Sunday. Watch everything live on Sky Sports F1. Check out the table below for the full schedule regarding practice, qualifying, and the race.

The F1 race in Spain is held at the Circuit de Barcelona-Catalunya, which has been a huge favourite of drivers since the very first race in 1991.

The intriguing combination of high-speed corners and abundance of straights, not to mention the challenging Turn 3 that always catches drivers off guard, makes this a fantastic circuit to watch where anything can happen.

Drivers to watch in Spain

As of now, Charles Leclerc is leading the drivers’ standings, but he better watch out for Max Verstappen in second place, as last year’s champion is storming up the rankings and isn’t ready to let go of his title without a fight.

The Barcelona track doesn’t have an amazing history of good overtaking spots, so every driver knows that a great qualifying session is the key to winning the Spanish Grand Prix. A great race plan is paramount, as all too often we’ve seen teams pit early or late and not be able to make up the time afterwards.

As much as Mercedes speaks about making changes, it’s still going to come down to Leclerc vs. Verstappen.

Although Leclerc will likely have a long future in F1, you just never know how the rules will affect the cars in the future. Look at Mercedes! Ferrari knows that they have one of the best chances in decades to win a title, and they need to put the pedal to the metal to get it.

Leclerc has been incredibly consistent for the entire season, with only a slight fault in Italy that made him drop several places. This is a rare mistake and one that Leclerc still thinks about avoiding.

It’s refreshing to see Ferrari racing so competitively again, as the team has such a rich history in F1 but hasn’t looked this good since the Michael Schumacher days.

The Red Bulls have had a few issues with sending out a reliable car, but it’s hard to fault the talent of Max Verstappen. His aggressiveness has been turned down somewhat, but he’s still making great moves at the right time, which was evident in Miami when he jumped two spots very quickly.

One of the most interesting drivers to keep an eye on will be none other than Spain’s Fernando Alonso. The former champion is now racing for Alpine, but Alonso fans will be shocked to hear that he hasn’t won a race since the 2013 Spanish Grand Prix! Could Alonso pick up a podium spot in the 2022 version? Likely not as Alpine is nowhere near competitive enough, but it would be an amazing story.

A lot is being made about the reported changes that several teams will make right up to the start of the Spanish Grand Prix. Ferrari is making alterations to the floor to help the car run much lower to the ground. This will not only increase speed and handling, but also reduce porpoising, as bumpy F1 cars can’t be much fun to drive.

Ferrari tried out new wings for the front and rear in Miami, which seemed to work okay if it wasn’t for the pesky Red Bulls breathing down their necks.

It’s said that Red Bull may have some spending problems later in the season due to cost issues, but the team is making a few small changes to the car, mostly by reducing the weight by 7kg. The Red Bulls have already been lightning-quick, but this jettisoned weight can only make things better.

Mercedes, of course, are expected to keep tinkering with the car until it’s running much like last season. Porpoising issues continue to affect the car, as well as a general lack of speed and poor handling.

Mercedes’ team boss, Toto Wolff, has always been very transparent with the problems facing the team and the cars. “We’ve been straight from the beginning, we’re flying in the fog a little bit,” said Wolff in an excellent piece on the team’s struggles on ESPN. “It’s clear there’s potential in the car and she’s fast, but we just don’t understand how to unlock the potential.”

Predicted outcome for the Spanish F1 Grand Prix in 2022

The good news for F1 fans on Sunday is that the weather in Spain is forecasted to be sunny and beautiful all day. There’s a low breeze predicted but it won’t affect the cars very much, but we’re so thankful there’s no rain to disrupt a pivotal race in the F1 calendar in 2022.

Here’s how the top 10 looks in the drivers’ standings right now.

Leclerc’s 19-point lead could be gone very quickly if he’s not careful, but even if Verstappen has won the last two races, there’s a feeling that the Ferrari alterations will play a big part here. Leclerc should get pole position and hold onto first place until the end of the race.

In fact, we’re going to suggest that it’ll be a Ferrari one/two, with Sainz coming in second and Verstappen ending in third.

Hamilton will regain some of his footing and arrive in fourth, while Perez from Red Bull will be fifth. After all, Hamilton is very familiar with the Barcelona circuit, having won there several times. Mercedes will have sorted a few of the issues with the car, and while it’s unlikely they are a threat in the title race, it’s still a good sign for future contests.