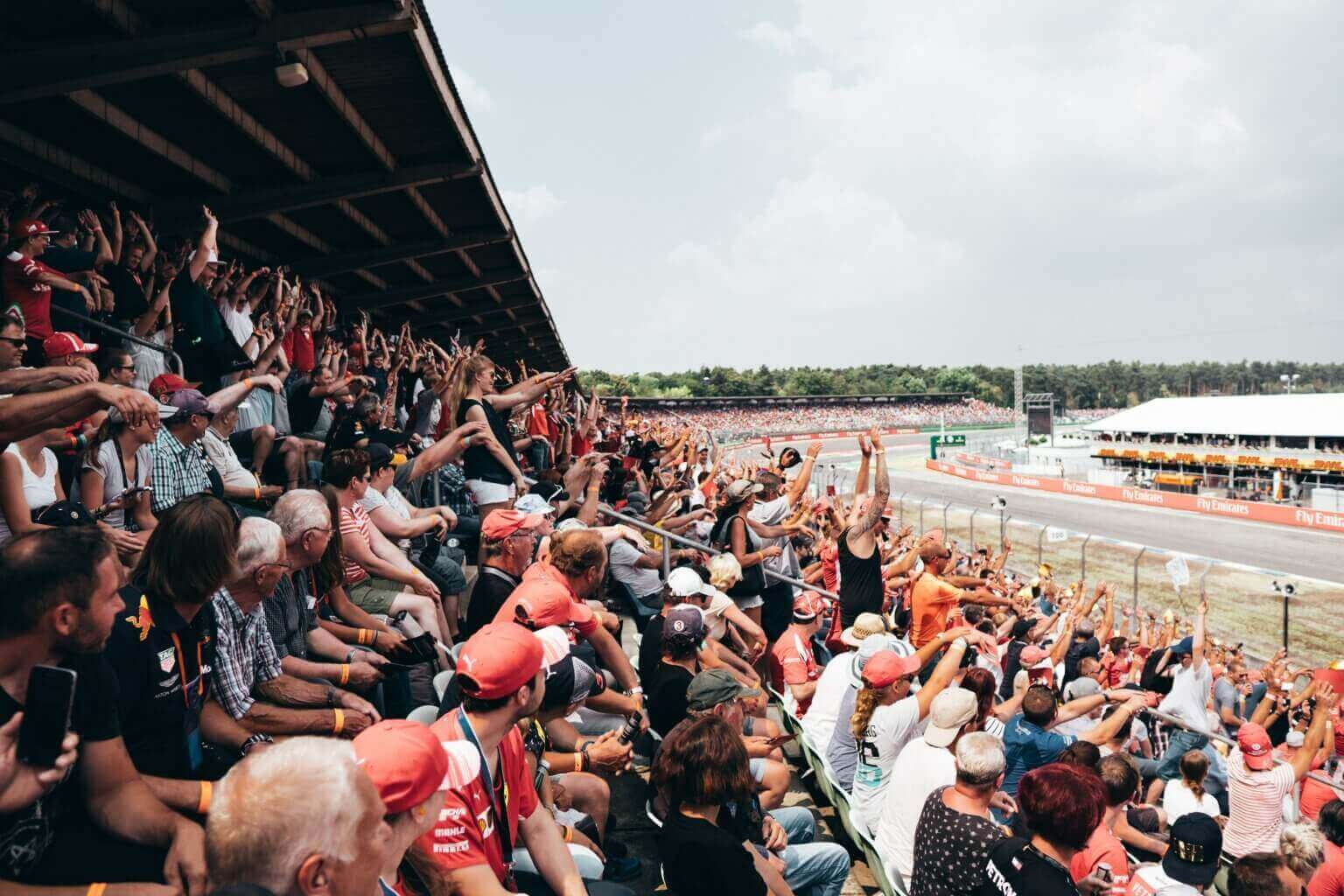 Next up on the F1 Grand Prix 2022 schedule is Monaco! But before we delve into the race and what could potentially happen, here’s the lowdown on the Spain Grand Prix.

It seems Red Bull looks unrelenting in its quest for another F1 championship, as it was Max Verstappen who took the chequered flag for the third time in a row.

Verstappen now leads the drivers’ standings over Ferrari rival, Charles Leclerc, and what’s more, the Dutchman has a unique current record of winning every single race that he’s completed this season (i.e. when he’s not forced out due to car failure or damage).

The biggest talking point of the day was all about Charles Leclerc, as despite starting in first place on the grid, Leclerc was forced to retire on Lap 27 due to a power unit failure on the Ferrari. This was such a shame, as a battle between Verstappen and Leclerc is what everyone was looking forward to seeing all day.

Both Verstappen and Carlos Sainz from Ferrari had a strange moment during the race, when their cars slid off the track and into the gravel at Turn 4. It was odd because it happened several laps after each other, but both cars managed to get out of the gravel and back in the race.

In the end, Red Bull finished with a one/two as Sergio Perez came in second place, while it was Mercedes that snagged third place with George Russell. Ferrari’s Sainz completed the race in fourth and Lewis Hamilton had a strong contest by 2022 standards and came in fifth. Even fifth place was great for Hamilton, as he picked up a puncture on his first lap and dropped back to 19th place.

Venue, time, & where to watch the F1 Monaco race

The F1 Monaco Grand Prix is held at the Circuit de Monaco on the 29th May 2022. Viewers in the UK can watch the race starting at 2pm on Sky Sports F1 & Main Event, but the full racing schedule for the weekend can be seen below.

The track itself is hugely iconic not just because of the gorgeous location, but also due to the hairpin turns and twisty, narrow streets. The circuit is often compared to racing in a living room on a bicycle, as there’s very little space to move. As a result, it’s a tough but rewarding circuit for the drivers, as they’ll need pinpoint accuracy around corners and there’s often no room for overtaking.

Drivers to watch in Monaco

It’s got to be the man of the hour, Max Verstappen. While Monaco is Charles Leclerc’s home race, Verstappen has won three straight races and the power unit failure will be heavy on Ferrari’s mind.

Interestingly, Leclerc has never finished a race in Monaco due to a variety of reasons, so he’ll be hoping more than anyone that the 2022 F1 race is the one he can finally complete!

It’s getting to the point in the season where it’s really looking like a two-car race, as is often the case with Formula One. Last season it was a battle between Verstappen and Hamilton, but now that Mercedes is too far behind in the championship standings, it’s all Ferrari vs. Red Bull now.

Red Bull is clearly going all-in with Verstappen, as there was a slight controversial moment back in the Spanish race, whereby Perez was leading, but was told by team bosses to let Verstappen pass him in order to pick up more championship points. This is nothing new in F1, as every team in every decade has prioritised one driver over another for a better chance at the title.

Whichever car qualifies first! Due to the narrow, winding streets that make overtaking difficult, as well as not a huge amount of long straights like other circuits across the world, the car in first place on the grid usually has the best chance of winning.

There’s actually a lot of optimism that Mercedes will be much better in the 2022 Monaco Grand Prix than other races, as there’s less drama with porpoising due to the average track speeds. As well, Mercedes’ 3rd and 5th places in Spain indicate that there have been great improvements to the car and we might see Russell and Hamilton fight hard.

The weather is also a big cause for concern, as the forecast is showing rain on Sunday. It’s difficult to know if the rain will come before or after the race, but there’s currently a 60% chance of precipitation and a temperature of 22°C. Hopefully rain doesn’t cause any chaos on the track, as it’s never much fun to see teams scrambling to change their race plan once the deluge starts.

This is how the top 10 looks in the drivers’ standings right now.

Predicted outcome for the Monaco F1 Grand Prix in 2022

This one is a real doozy.

All eyes will be on qualifying on Saturday, as the opportunity to be placed first on the grid makes such a big difference when racing in Monaco. With clean air and no other driver to hamper their progress, these F1 drivers can push the car to the limit and we’ll get to see how it will perform on Sunday.

Both Leclerc and Hamilton have the talent and determination to reach pole position, but something tells us it will be Verstappen starting in first place on Sunday. He’s just in absolute blitzing form right now and the Red Bull car has the supreme handling and pace to match Verstappen’s racing gift.

Any tiny error can be catastrophic for an F1 driver in Monaco, especially when there’s an immense fight for pole position. Verstappen is looking much calmer in 2022, so we’re predicting he starts first on the grid and has the time and space to stay in the lead once the chequered flag is raised.

At long last, Leclerc will finish a race in Monaco and arrive in second, while none other than Hamilton will end things in third. The first lap will be something to watch, as all those cars so close to each other on the tiny streets of Monaco means that there’s potential for drama.