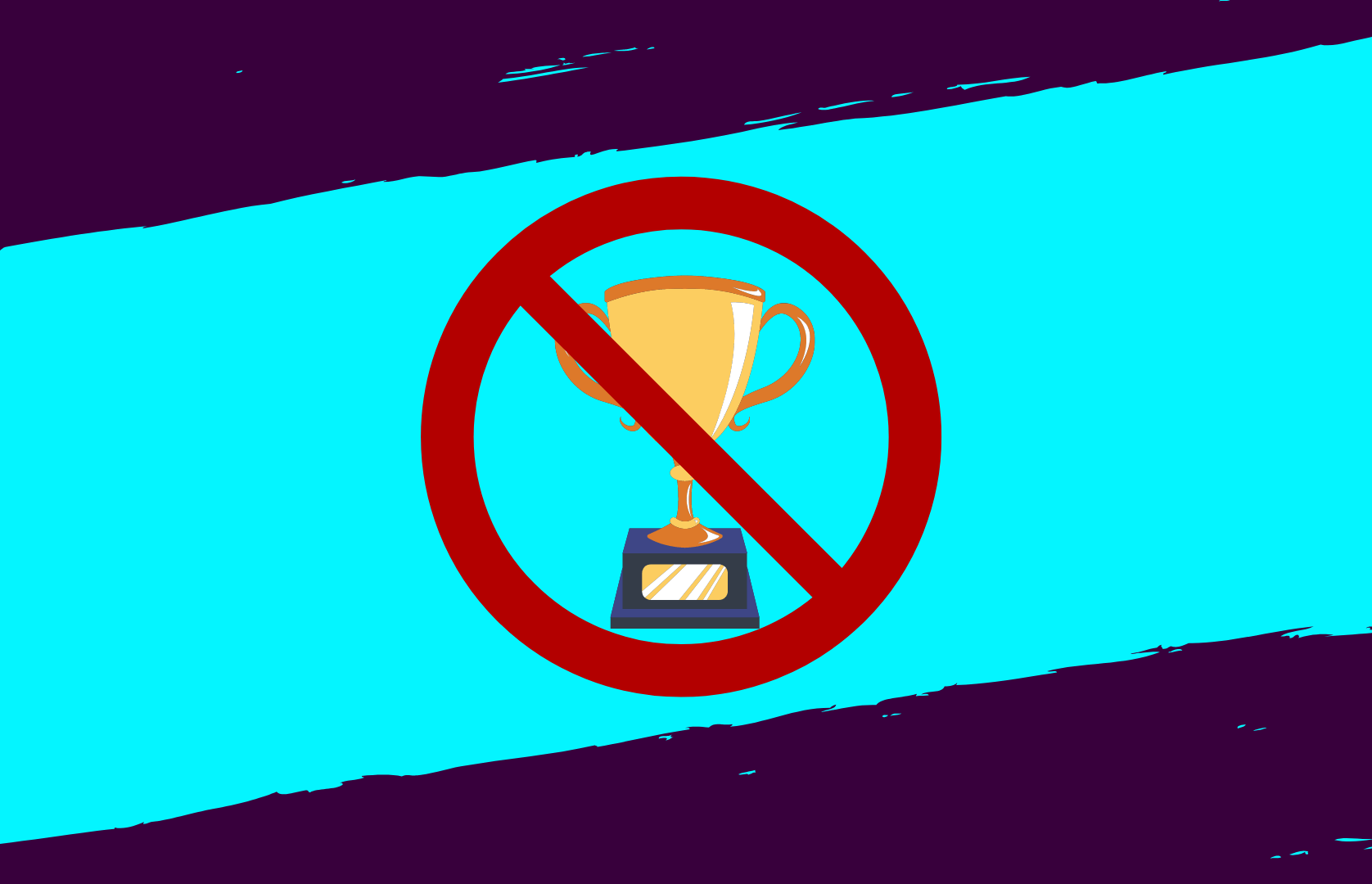 The 5 Best Players That Never Won The Premier League

Try as they might, there are many famous players that could never become a Premier League winner. The reasons are numerous: From playing in the same era as more successful clubs, not having the right teammates or manager to match their talent, or simply bad luck or unfavourable timing.

They have the aptitude and the willpower, but sometimes that doesn’t get you the title in the end. Of course, the players on this list have had all sorts of success in other competitions and have earned the respect of their fans and rivals across the world. They may have never won the Premier League, but they have numerous achievements to add to their names.

Here are five of the best players to never win a Premier League title in all their seasons of professional football in England.

Xabi Alonso would be any club’s idea of a perfect midfielder, as he had a calm presence under pressure and typically made the right shot or pass at the right time. Alonso joined Liverpool in 2004 and stayed there for five seasons, but had a huge impact straight away by helping the club pick up a Champions League trophy in 2005 (even scoring a crucial equalising goal in the final) and an FA Cup title in 2006.

Despite Alonso finishing with 18 goals and 16 assists during his tenure at Liverpool, it was still with a heavy heart that he moved on to new club Real Madrid in 2009 without a Premier League title. Alonso, however, may not have lingered on this thought for very long, as the successful Spaniard still earned himself one La Liga title and another Champions League trophy with Real Madrid, as well as three Bundesliga titles with Bayern Munich.

Plus, there are also a few decent additions in the form of a World Cup victory in 2010 and two European Championships in 2008 and 2012 for Spain. All in all, Alonso can still be considered very much a champion even without being a Premier League winner.

Arguably the most talented Welsh footballer of all time, Gareth Bale has seen a lot of success during his time spent as a professional player… but most has been away from the Premier League.

Bale spent six seasons with Tottenham from 2007-2013, where he quickly became one of the most exciting forwards playing the game. Bale had every opportunity to help Tottenham win the Premier League with his exquisite strikes and incredible control, but it just wasn’t enough in the end. Bale notched 72 goals and 61 assists during his time with the club.

After a huge £85.3 million transfer to Real Madrid in 2013, Bale eventually backed up his skill with the necessary hardware, by picking up four Champions League trophies and two La Liga titles with the Spanish giants. Funnily enough, Bale returned to Tottenham on a one-season loan in 2020, yet the club finished just 7th in the table.

Bale has been played in only three games for Real Madrid in the 2021-22 season, which means the rumours are swirling that the Spanish side will look to offload the Welshman during the current January transfer window. More than likely, Real Madrid will hope to add French star, Kylian Mbappe, to their illustrious roster. Bale could very well end up playing for another EPL club and perhaps have another chance to add a Premier League title to his already impressive CV.

There is no doubt that Luis Suarez was a prolific scorer and a constant source of highlights during his four seasons with Liverpool. The Uruguayan netted 82 goals and chipped in with 47 assists throughout his Liverpool tenure, but all that talent couldn’t transition to being a Premier League winner. Suarez, as most fans will point out, was also a controversial figure in his Premier League years.

Not only was Suarez infamous for his diving tactics and several incidents involving biting of opponents (yes, actual biting), but the FA also handed the talented forward an eight-game ban and £40,000 fine for racially abusing Manchester United player, Patrice Evra, during a match in 2011.

Suarez is still nevertheless remembered as a force of nature with the ball when playing for Liverpool, as he did as much as he could to bring the club a Premier League title, even scoring 31 goals in 33 games during the 2013-14 season. Away from the EPL, Suarez has earned himself one Dutch league title with Ajax, a Champions League trophy with Barcelona, and has won the Spanish league a total of five times (one with Atletico Madrid and four with Barcelona).

If you don’t select Frank Lampard, then the next best Chelsea great could certainly be Italy’s Gianfranco Zola. Although he would never be the tallest player on the pitch, Zola was a forward with strength and was quick as lightning, but more than that, his dazzling skills made him a defender’s nightmare. Zola was a hugely popular player in the 90s for Chelsea, but was also liked around the Premier League for his competitiveness and passion for the game.

Zola would go on to win two FA Cups for Chelsea in 1997 and 2000, but that one Premier League title simply eluded him, primarily because he happened to play in the same era as hugely successful clubs like Manchester United and Arsenal. Before Zola left Chelsea for Cagliari in 2003, he played seven wondrous seasons with the Blues and had a total of 76 goals and 22 assists.

After retiring as a player in 2005, Zola switched to managing and spearheaded several EPL clubs, including West Ham and Watford, as well as an assistant managerial spot at Chelsea. It’s a shame that Zola and Chelsea could never become Premier League winners at the height of their power, but after his departure, the club would go on to take five EPL titles, five FA Cups, and two Champions League trophies, so we can’t feel too bad for them, can we?

If there’s one player that Liverpool fans will never have a bad word against, then it’s got to be Steven Gerrard. The born-and-bred Liverpudlian was as great a midfielder as they come, owning fantastic passing skills and unsurpassable football IQ, but also the ability to defend, tackle, and score tough goals when it mattered. Gerrard was also a genuine leader and inspired great confidence in his teammates, which is what helped him gain the England captaincy job from 2010 to 2014.

In the end, Gerrard played an astonishing 17 seasons with Liverpool, which makes it so gutting that a Premier League title evaded him all those years. Gerrard and the club had a fair share of success, of course, winning a Champions League trophy and two FA Cups, but we can’t even imagine how badly he missed that one EPL trophy all those seasons.

Liverpool came agonisingly close to being Premier League winners in the 2013-14 season, finishing second in the table with 84 points behind Manchester City with 86. Liverpool looked all but certain to win it all that season, but a 2-0 loss to Chelsea and a 3-3 draw with Crystal Palace in their last three games slowed down their momentum. Gerrard infamously slipped up during the Chelsea defeat, which allowed the Blues to score the first goal and eventually take the match. The moment is still said to aggravate Gerrard many years later.

All sort of current and retired names in the world of football have always had huge praise for Gerrard and his skills on the pitch, with none other than former Manchester United manager, Sir Alex Ferguson, lauding the Liverpool legend with some of the nicest words you’ll ever hear: “He has become the most influential player in England, bar none,” said Ferguson. “I’ve watched him quite a lot. Everywhere the ball is, he seems to be there. He’s got that unbelievable engine, desire, and determination. Anyone would love to have Gerrard in their team.”

Gerrard played a total of 710 games for Liverpool and added 186 goals and 150 assists before switching to the LA Galaxy for two seasons. After retiring in 2016, Gerrard had a managerial stint with Glasgow Rangers and is now the current manager of EPL club, Aston Villa. Gerrard is a football icon regardless of his resume, and is seen as an absolute professional for his work ethic and dedication to Liverpool for so many years.