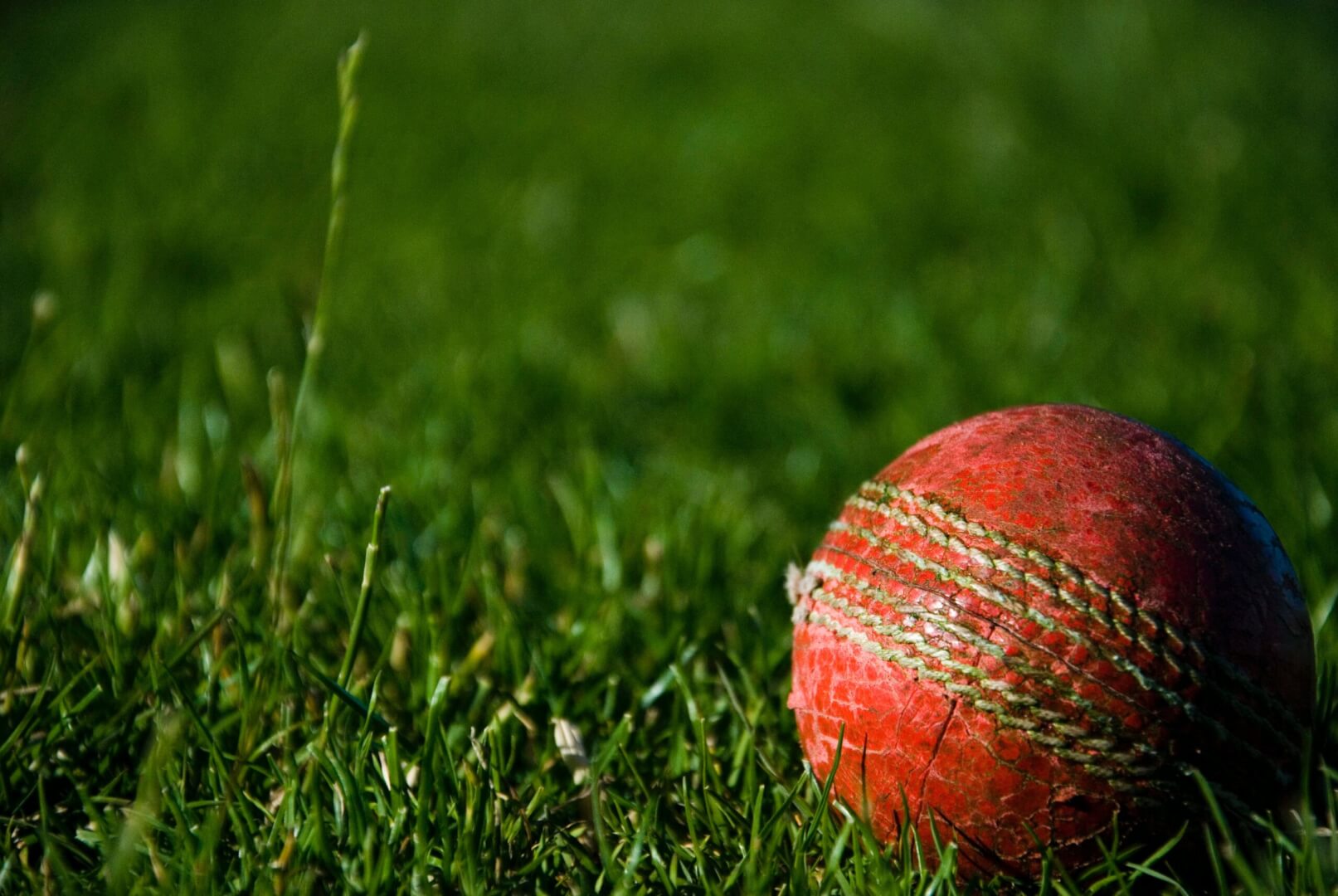 Photo By: Alessandro Bogliari on Unsplash

As any real cricket fan knows, it’s not just a great batter that helps to win a match, but it’s also stopping the opposition from scoring runs as well. Batsmen deservedly receive a lot of praise and attention, but a strong bowling line-up can really help to turn the tide when a match is on the line. In this article, we want to shine some light on the greatest five bowlers playing Test match cricket right now.

As you’ll see, there are many awesome bowlers changing the game at their will, and have been displaying some of the freshest, innovative styles of bowling not seen for many years. Although we should have to give a quick shout-out to fantastic bowlers like New Zealand’s Tim Southee, England’s James Anderson, and Australia’s Josh Hazlewood, the following Test cricket bowlers are currently the best in the game.

Since 2018, left-arm fast bowler, Shaheen Afridi, has been a bright spot in Pakistan’s cricket team and is well on his way to becoming a reputable Test bowler for easily the next decade.

At 21 years of age, Afridi has already impressed across the world, so much so that he won the 2021 ICC Male Cricketer of the Year award. Clearly, it wasn’t just Afridi’s 78 wickets in 36 international matches over 2021, but also his stunning deliveries and steadiness (particularly his yorker ball ) which helped him claim the giant cricketing honour.

For Pakistan to have such a capable bowler with masses of bowling talent, plus being a decent batsman too, has got to feel amazing and we can’t wait to see the young man perform for his country on the biggest stages.

At 6 feet 8 inches, there are few things more frightening for batsmen than New Zealand’s Kyle Jamieson charging down the pitch. Easily one of the tallest bowlers in the world, Jamieson is an up-and-comer talent delivering brutal right-arm medium seam bowling attacks that are quickly gaining notoriety. His ability to bounce the ball, in particular, is one of the huge advantages of his height and makes life at the crease tough for any opposing batter.

The Auckland lad impressed his home country during T20 games and only made his Test bowling debut in 2020 against India. To become the fourth-placed Test bowler in the world is nothing short of stunning, and for the Kiwi’s to have such a player in their arsenal, makes the squad a real hazard in all cricketing forms.

Jamieson has been keeping up his solid form, taking 8/204 across a two-game Test series against Bangladesh that ended in a draw in early 2022. Along with New Zealand’s captain and fantastic batsman, Kane Williamson, Kiwi cricket is in a great place right now and will surely hope to contend against their biggest rivals, Australia, in the forthcoming ODI and T20 series in March 2022.

At just 26-years-old, it’s scary to think just how good South Africa’s Rabada is right now, and how great he can become in the future. A right-arm fast bowler with impeccable accuracy, tremendous speed (often around 150kph), and daunting bounce, Rabada is poised to rapidly climb the best cricket bowler ranks. His skill with the ball helped him to become the youngest bowler to reach 150 wickets, at 23 years of age.

At a young age and still learning, Rabada is arguably one of the most important pieces in a growing South African Test squad, and he alone has the ability to help the country become a major threat in all forms of cricket. What makes Rabada so special is his ability to swing the ball with the old ball just as well as a fresh one. Rabada always comes out of the gate firing, but his consistency is a rare feat for up-and-coming bowlers.

Rabada’s bowling absolutely devastated India in a recent three-match Test series in South Africa, in which he took a fantastic 20 wickets for 381 runs across all innings. While South Africa’s Keegan Petersen was suburb with the bat and helped his side win the series 2-1, it was also Rabada’s swift and reliable bowling that prevented India from reaching their usual high standards at the crease.

Before Ashwin was an international right-arm off-spinner, it was not uncommon to find him performing a variety of finger-flicking spin bowling with a tennis ball on the streets of Chennai, India. It wasn’t long before Ashwin was delivering bamboozling spin bowling attacks with a real cricket ball on the biggest stages, as he performs particularly well in his home country where the conditions are dusty, dry, and conducive to turn bowling.

Ashwin has perfected the “carrom ball,” a special type of spin bowling, but is equally at home with typical off spin fundamentals. While he’s become a staple in the Indian Test side, Ashwin is a huge part of the T20 and ODI matches as well, with his unique style of bowling clearly able to transition between all forms of cricket.

While he is still arguably the best active spin bowler in the world right now and second-best Test bowler overall, it’s unclear just how long he’ll be active at 35-years-old now. In his latest Test series against South Africa, Ashwin took 3/182 across the three matches, which is a far cry from his usual lofty standards. Nevertheless, his experience and ability to create havoc with the spin will still earn him a spot on the Indian side for several more years.

The current captain of Australia’s Test side and easily the deadliest fast bowler in the world, things are looking pretty great for Pat Cummins, but it didn’t start so good for his cricket career.

It was an 18-year-old Cummins that made his Australian Test debut in 2011 against South Africa, where he took 6/79 and was even useful with the bat to help his nation win the close match. However, a spate of lower back injuries – common for fast bowlers at a young age – forced Cummins out of cricket entirely until he rehabbed his body to withstand the stressors of repeated bowling.

It would be 2017 before the world saw Cummins bowl again, but it was worth the wait, as the raw 18-year-old we first saw has now turned into a lethal bowler capable of some incredible deliveries and varied attacks at helpless batsmen across the world. Cummins has been the highest-ranked Test bowler since 2019, and after his latest display during the 2021-22 Ashes win over England, shows no signs of slowing down.

Cummins not only led Australia to a crushing 4-0 total victory over England, but also bowled incredibly well during the entire series, becoming the highest wicket-taker with 21 across all matches. In 126 overs, he picked up 31 maidens (an over without a run being scored), conceded 379 runs, and had a bowling average of 18.05.

Amazingly, Cummins was only named the captain of the Aussie squad very recently in November 2021, after the shock resignation of former captain, Tim Paine. Cummins is the 47th Aussie Test captain and, more interestingly, one of the few Australian bowlers to receive the honour, as batters and wicketkeepers are typically given the title.

Although vice-captain, Steve Smith, took over the reins during the second Test because of Cummins sitting out due to COVID-19 protocols, the lean, mean bowler came back in the 3rd Test and was instrumental in holding on to the Ashes trophy yet again for his country.

With Cummins so fresh at his captaincy role, one of the most exciting aspects to look at for his future is how he’ll juggle being a leader on the field and a world-class bowler. While the Ashes series was a convincing win for Cummins and Australia over England, we’re more interested to see how he’ll perform on foreign pitches and whether he has the ability to make the tough decisions when the team is floundering.