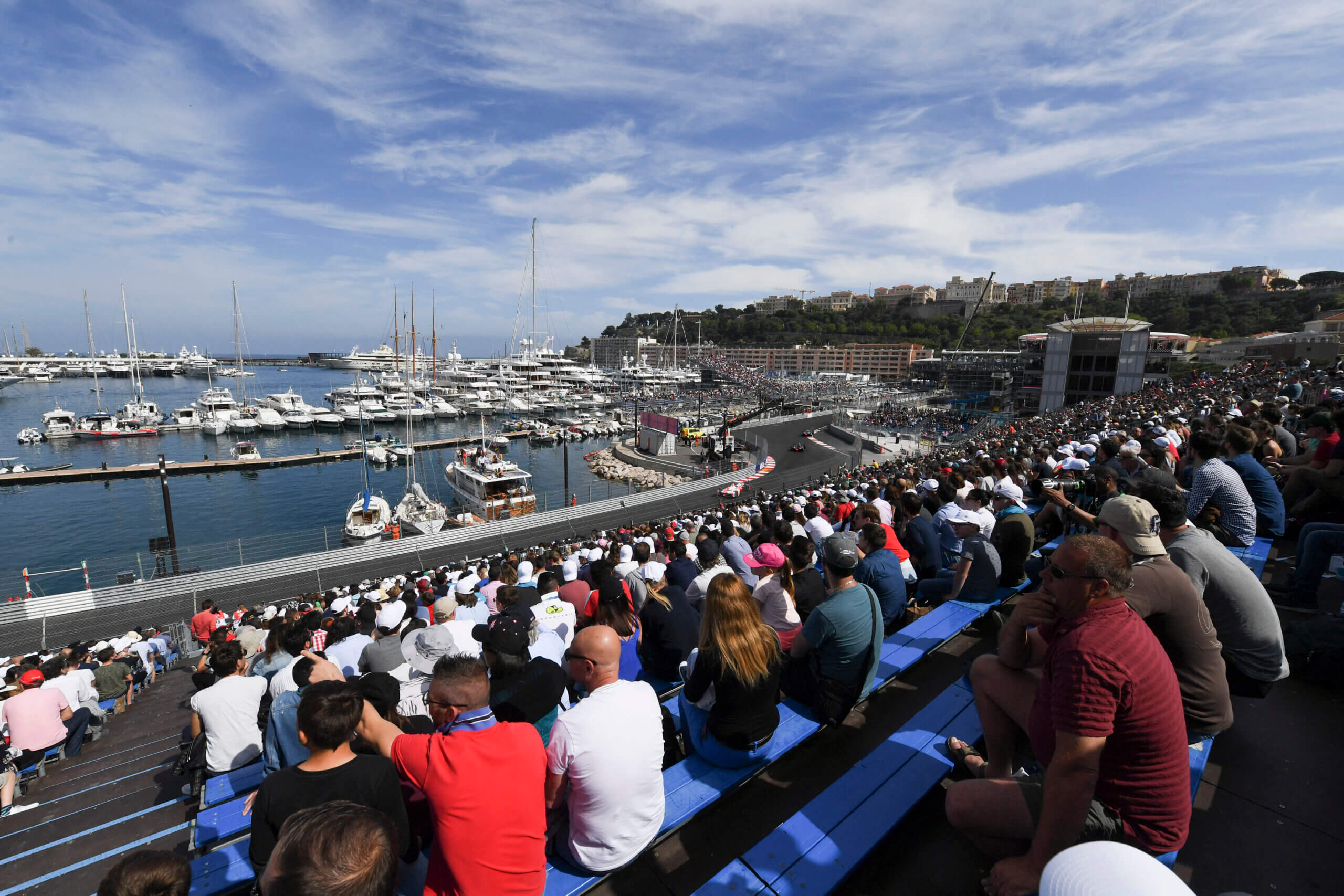 The Formula 1 world championship title fight goes into the next round at the Monaco Grand Prix 2021. On Sunday 23 May at 14:00, the Principality of Monaco hosts the Grand Prix de Monaco for the 78th time. It had been cancelled last season due to the Corona pandemic.

“Driving Formula 1 in Monaco is like flying helicopters in your living room”.

The streets of Monaco are the setting for what is probably Formula 1’s most famous race. A victory in the Principality is more coveted among drivers than at almost any other race. On the one hand, this is due to the unique ensemble of the circuit. It is set between luxury yachts in the Mediterranean on one side and the noble high-rise buildings on the slopes of the French Maritime Alps on the other. On the other hand, it is probably also due to the glitz and glamour of the state. A meeting place for celebrities and the super-rich from all over the world.

The Monaco Grand Prix. It has already hosted countless legendary races and is closely linked to Formula 1 history. At 3.337 km, Monaco has the shortest circuit on the Formula calendar. In the narrow streets, which are flanked on both sides by crash barriers, even the slightest mistakes can have serious consequences. Even Formula 1 icons like Ayrton Senna and Michael Schumacher have felt the effects of this. Senna, when he retired in 1988 while leading the race after touching the crash barrier. And Schumacher, who suffered the same fate in 1996 when he was in second place. Nelson Piquet, three-time Formula 1 world champion, even compared the race in the winding streets of Monaco to “flying a helicopter in your living room” because of its difficulty.

The fact that the street circuit is so short and narrow also makes overtaking manoeuvres difficult. Accordingly, grid position is even more important here than in other races. However, recent years have shown that starting from pole position is no guarantee of victory. In three of the last five races, the pole-setter failed to take home the coveted winner’s trophy.

Verstappen under pressure at the 2021 Monaco Grand Prix

In this fifth round of the 2021 season, particular focus will be on Max Verstappen. He is considered the main challenger to reigning world champion Lewis Hamilton. After two consecutive Hamilton wins, the Dutchman is looking to close his 14-point gap in the championship standings. For the first time in his career, Verstappen is in a car with realistic chances of winning the championship.

However, he still has to prove that he can withstand the pressure. Given the current state of Verstappen and his Red Bull team, there are considerable doubts as to whether they are capable of beating the winning combination of Hamilton and Mercedes. In both the Bahrain and Spanish races, Verstappen had to settle for second place behind Hamilton. This was due to strategic mistakes by the Red Bull command as well as miscalculations by Verstappen himself.

At the Portuguese Grand Prix in Portimao, for example, he went off the track in the decisive phase of qualifying, which cost him pole position. A similar situation appeared at the Spanish Grand Prix in Barcelona, when trying to attack the leader Valtteri Bottas (Mercedes). Third-placed Hamilton exploited this mercilessly, first overtaking Verstappen, then Bottas, to win the race.

The 36-year-old Mercedes driver has the chance to win his 8th world championship title this season. This means he can become the sole record holder ahead of Michael Schumacher. So far, this has been another season where he was able to show the consistency and top performance his fans have come to expect from him.

This weekends going to be tough! Monaco always is. But we’re here, head down and as best prepared as we can be. pic.twitter.com/zwIL9EvUeQ

Only at the Grand Prix of Emilia-Romagna in Italy did the Briton show weaknesses, when lapping George Russel (Williams) in the rain at Imola and thereby heading off track. Subsequently, he managed a great recovery – also with the help of a safety car phase. At last, he finished second overall, after having to make up a huge gap to the front runners in the meantime. As he set the fastest race lap, he even took home a point in the WC race and remained the leader in the drivers’ championship.

It is yet to be seen whether Verstappen and Red Bull will manage to pose a threat to the permanent world champion Hamilton. The secret favourite for victory, however, could be a different team that almost no one has expected this season.

Scuderia Ferrari finished the second practice session in first and second place. Whether this result can be converted into something tangible is a matter of debate.

The 2021 Monaco Grand Prix is live and exclusive on Sky Sport F1. Furthermore, all the action can be streamed on Now. Find an overview of all the starting times from Friday to Sunday with our TV guide.