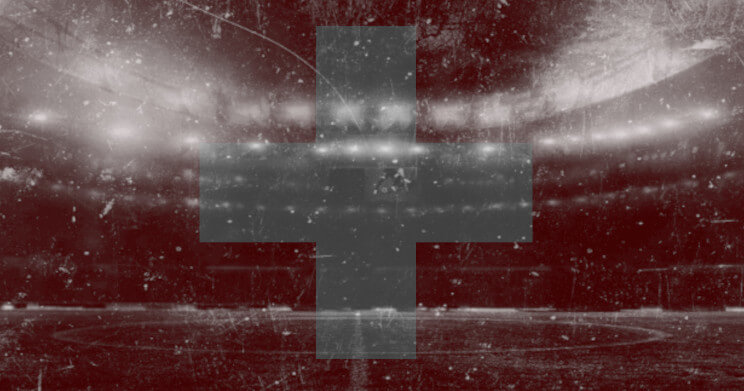 The Euro 2020 is going to be the third major tournament that Vladimir Petkovic heads into as Switzerland coach. And they are coming in style: unbeaten in their last 8 games and on a run of 6 consecutive wins. In Group A, Switzerland will face the Welsh team in their opening match. Subsequently, they will be locking their horns against Italy and Turkey. Previously, Petkovic had reached the stage of Last 16 with his team at both the World Cup 2018 and the EURO 2016.

One can conclude from this, that Switzerland has done exceptionally well in the past under the guide of Petkovic. Hence, they will certainly attempt to extract the experience gained in the last two competitions and aim to go even one step further this year.

The Swiss centre backs Akanji and Elvedi are technically gifted defenders who can build the possession from the back. Granit Xhaka and Remo Freuler will of providing extra security through the middle. They will furthermore allow the wing-backs Rodriguez and Mbabu freedom to pace forward and create chances from the wings.

Seferovic is an intelligent forward who knows well how to move within the spaces of the opponent’s low block. He will be trouble for the defenders with or without the ball. Moreover, it can be expected that Shaqiri and Embolo will aim to benefit from the gained space. Shaqiri has shone in the past for the Swiss national team. Thus, Petkovic expects him to be one of the leaders in this year’s campaign. Embolo’s quickness will be hard to control, especially during counter-attacks.

A good passer of the ball and an equally good organiser of the lines, Xhaka will be the leader in the midfield operation. With the likes of Xherdan Shaqiri and Seferovic in front of him, the captain should be able to play direct passes within the space. He has been performing well on an international level, more so than at Arsenal where he struggled during the last season. On top of that, Xhaka possesses a quality long distance-shoot, and therefore is a massive threat for the opponent’s keeper from outside the box. So far, the 28-year-old has 12 goals in 92 appearances in the Swiss national jersey.

Ruben Estephan Vargas Martinez is one of the youngest names in the team. And he is one of Switzerland’s most exciting players. At just 22 years of age, the young winger has already made a name for himself in the national roaster. In 37 matches for Bundesliga side FC Augsburg, he has scored six goals. Adapting to his new role in Augsburg, Vargas is developing into a fan favourite in Germany. Despite not being expected to make the starting line-up, we may see him coming on as a sub. The future looks bright for the young Swiss with roots from the Dominican Republic, and it is a matter of time for him to become a star for his team.

Group A – Switzerland: Expectations and prediction

Group A is perhaps one of the most difficult groups to predict. Italy appears to be the clear favourite for the first spot of the group. Behind however, Wales, Switzerland and Turkey are given equal chances to secure themselves spot 2 and 3. Switzerland may benefit from their vast experience compared to the Turkish team and their squad might beat the one of Wales in terms of quality.

The first match against Wales will be crucial to both teams, as it sets the frame for the second and third group match. In Switzerland, football fans are confident to make the knockouts. Hence, the expectations towards their experiences players, such as Xhaka, Shaqiri, Rodriguez and Seferovic is very high.