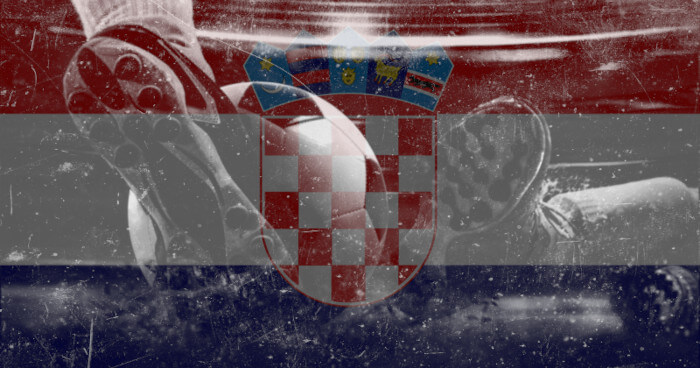 The Croatians managed to impress the world three years ago by reaching the World Cup final. In Group D, Croatia will play against England, Scotland and Czech Republic, and they are seeking another major result at EURO 2021. Even though the country has a population of just above four million people, they found a way to consistently producing exceptional players who play for the biggest clubs in Europe.

In their opening match, they will face England at Wembley.

Favourite formation and Style of play

Zlatko Dalic’s Croatia favourite formation is the 4-3-3. However, the team played several times with the 4-2-3-1 system. When Croatia play with the 4-3-3, the crucial role of the defensive midfielder is given to Inter Milan’s maestro Marcelo Brozovic, who has a fantastic ability to control the lines of his team and to switch the play. When Croatia plays with 2 midfielders and one attacking midfielder, usually Brozovic and Modric take the role of the holding midfield area and Vlasic or Kramaric play at the attacking midfielder’s role.

Croatia’s quality in the midfield is undeniable, and it is one of its strongest weapons. Players like Kovacic, Pasalic, Brozovic, Vlasic and of course the former Ballon d’Or winner Luka Modric are strong with the ball on their feet and they can break any defensive line, either with directs balls within the lines or by moving the ball to the wings.  At the wings, players like Perisic, Rebic and Brekalo can make trouble when space is given to them.

However, Croatia’s defensive line in the open play is considered as one of its biggest disadvantages. In 8 of their last 10 games, Croatia has considered at least one goal (the two games that Croatia kept a clean sheet was against Cyprus and Malta). If Zlatko Dalic does not manage to find solutions to the defensive problem of the team, Croatia will have severe problems against England’s Harry Kane and potentially also with the Czech Republic’s and Scotland attacking players.

The key player of Croatia can be no one else than the great Luka Modric. The captain does not really need an introduction. He is one of the best players in the world and his experience led in the past to massive achievements for his country like the most recent one of the World Cup’s final. Despite his age (35), he still plays at a top level and is considered as one of the most dominant midfielders in modern football. It will be really interesting to see how England‘s Gareth Southgate will try to stop him at the first game of the Group on 13th June.

Croatia’s selection does not have too many young prospects. However, the 19-year-old Joško Gvardiol is a young talent with huge talent. Even though he did not have the opportunity to show his talent with the national team just yet, Gvardiol attracted the interest of many European football giants team in order to sign him in the past. He was even in Marcelo Bielsa’s Leeds list in the previous summer. However, he signed with RB Leizig.

It will be interesting to see how Croatia is going to handle the success of the World Cup of 2018.  They enter the competition with pressure from the previous success. In 2018, Croatia reached the final as a relative underdog. This time, however, they are group favourites alongside England. Dalic has to find answers to crucial defending questions however. Otherwise, the team might get into difficulties even during the group stage.  We predict Croatia to go through the group stage, but eventually drop out at an early stage of the knock-out games.