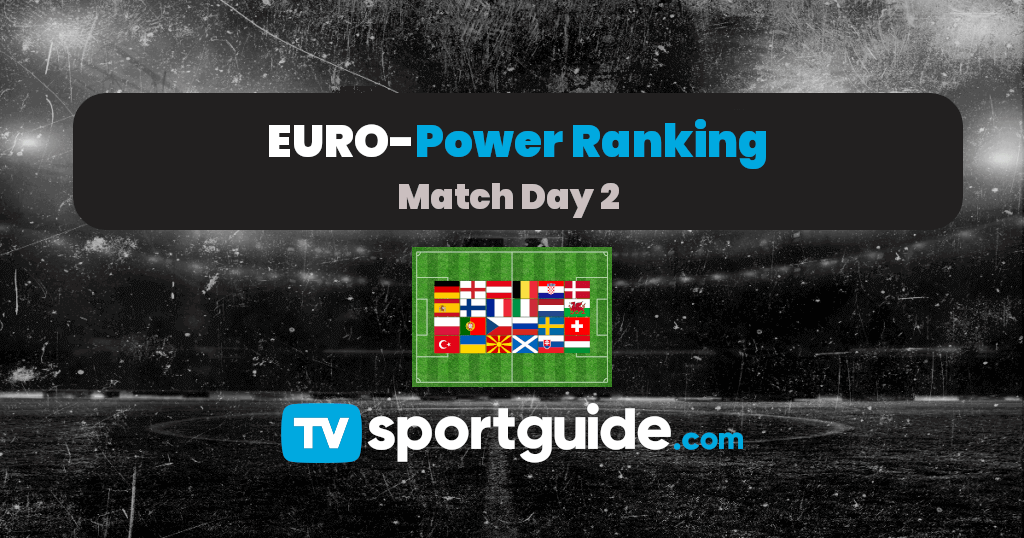 The second matchday of the European Championship 2020 has seen a few surprises, an impressive comeback, as well as a disappointing English team.. In our EURO 2020 Power Ranking Match Day 2, we present the 5 teams that have made the best overall impression so far.

The 1-1 draw against co-hosts Hungary was the biggest surprise of the tournament so far, as most spectators and experts had expected a clear victory and qualification for the round of 16 as group winners. After a solid first half, the top favourites were shocked shortly before the final whistle with Hungary’s first attack of the game. The French didn’t necessarily look nervous or desperate, but it just seemed like a day when not much was going to go right.

The match certainly does not knock France off their position as the main favourites for the title. It does, however, show that the world champions are not untouchable. The final of matchday three will be all the more exciting for that, as France cannot afford to lose to Portugal either.

The Italians, who won their third game on Sunday, were again attack-minded and untouchable in Group B in their second group game. The win against Switzerland was the 29th match in a row that the Azzurri remained unbeaten. In the last 16, they will be favourites against the runners-up from Group C (Ukraine or Austria). However, for the first time in this tournament they will not be playing in Rome.

You want to know more about the Italian squad and current matches? Click here.

Belgium also won its second group game. Against Denmark, however, they looked somewhat haphazard against the host’s power play, at least in the first half. Thanks to the individual class of De Bruyne and Lukako, Roberto Martinez’s team turned the game in their favour and also qualified early for the last 16. Belgium is still on target and one of the big favourites of the tournament

All information about the Belgian team can be found here.

It was the gala performance so many German fans had waited and hoped for. Against the highly rated Portugal, the German national team, led by the outstanding Gosens and youngster Havertz, left no doubt about the winner of the matchday’s top game right from the start. In the end, the 4:2 score was quite flattering for Ronaldo and Co. who now have to tremble for a place in the last 16.

Germany, on the other hand, has everything in its own hands with a win against Hungary. In addition, the DFB team sent a clear signal to the competition. After a disappointing campaign in Russia 2018, it was unclear in which form “Die Elf” will come to the EURO’s. Now they have certainly proven that they can play with the big teams.

Get more information on the German national team.

The Netherlands were also among the three teams to win their first two matches. Against Austria, they clearly demonstrated their quality and, in contrast to the first group match (3:2 against Ukraine), did not let anything go to waste in their 2:0 victory. The game of “Oranje” is characterised by attractive offensive play.

So far, the big opponents may still be missing to be able to better assess De Boer’s team better. This may change on the stage of Last 16, for which they have qualified as group winner already. In the worst case, they could face France, Portugal, Germany, Spain, Croatia, or even England or Scotland.

Check out the next fixtures of the Netherlands here.

England, on the other hand, lost their spot as one of the top 5 favourites for good after an anaemic performance against Scotland. An early shot against the post and a disallowed penalty were the highlights for Southgate’s team.

The “Three Lions” still have the best chance of reaching the last 16. However, the English team will have to improve enormously if they want to make a splash in this tournament. In their last group stage game, they will face the Czech Republic, who currently sits first with 4 points.