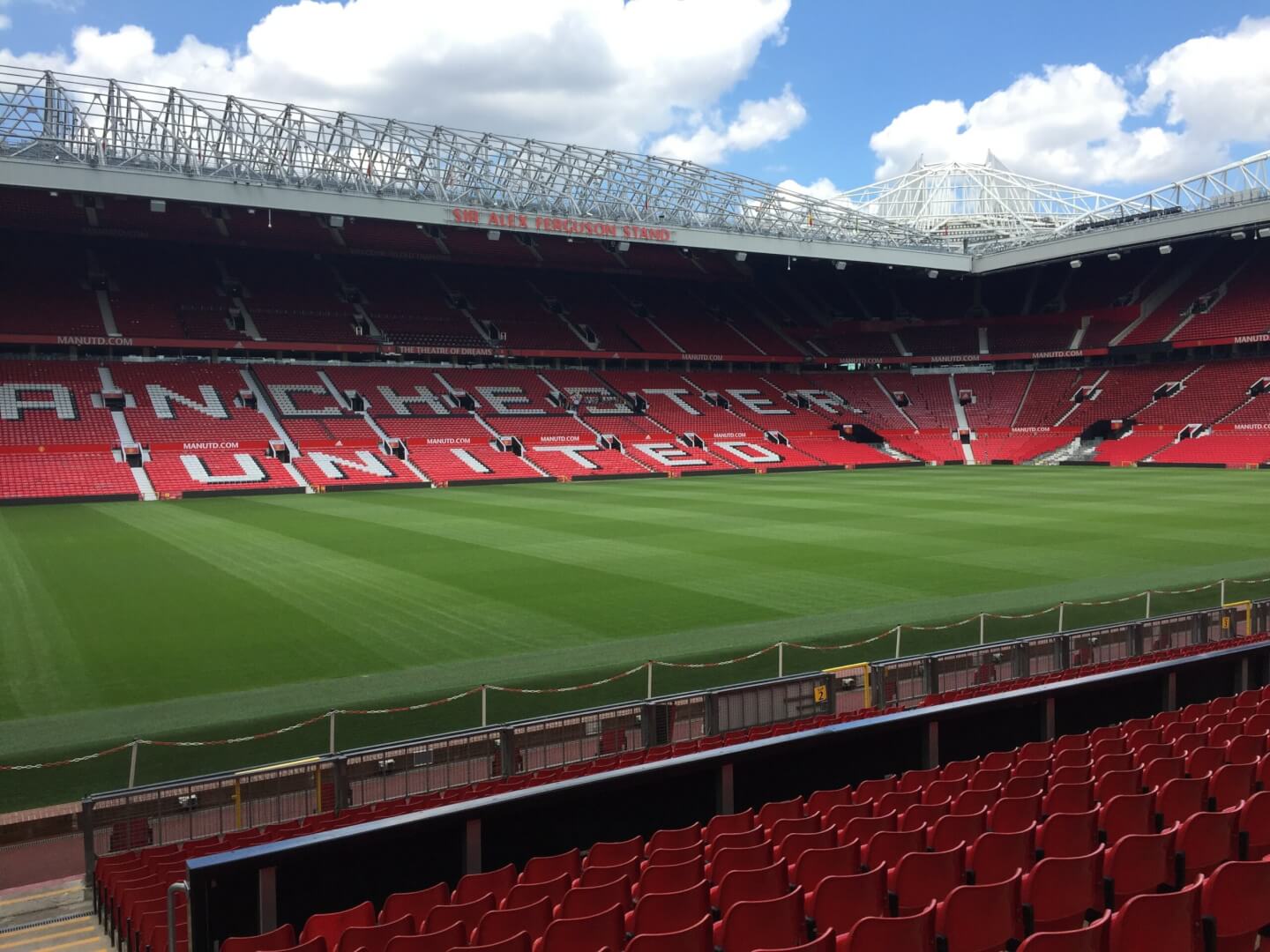 Photo by: Harry Walsh on Unsplash

It is all but confirmed that Erik ten Hag (manager of Ajax) will take over from Ralf Rangnick as Manchester United’s permanent manager this summer. Trusted journalists such as David Ornstein and Fabrizio Romano have reported that the deal is done, and the only thing left is the club’s official announcement. This is expected in the coming days.

Any manager’s first transfer window with a new club is important. Let alone one of the biggest clubs in the world, in one of their biggest rebuild phases. Interim manager Ralf Rangnick suggested as many as ten signings could be made after his sides’ embarrassing 4-0 defeat to rivals Liverpool, a result that reflected on the state United have been in ever since Sir Alex departed in 2013.

ten Hag made sure that he would have the final say on transfer activity, to avoid the same mistakes happening again. This means that the manager will be heavily involved in transfer strategy alongside the board and Ralf Rangnick.

So, who will new man ten Hag want to bring to the Theatre of Dreams? That’s the burning question. Interim manager Ralf Rangnick has said in an interview with Sky Sports: “The club could make 6,7,8 or even 10 signings,’’ and “The squad needs to improve in every area of the pitch aside from goalkeeping.” It’s set to be a busy summer for the Red Devils…

Jurrien Timber, it’s fair to say that he’s a player that has got people talking. For the right reasons too, which is not so common to find in an age of negativity surrounding young footballers. Timber has settled in and established himself as an Ajax starter under ten Hag, whether it be in central defence, right back or even central midfield. He has that versatility factor that has been lacking in United’s ranks ever since they sent Daley Blind back the other way to Ajax in 2018. His ability to plug gaps and play more than a few roles, would make him a great asset to United’s squad.

We have seen players from the Eredivisie struggle to hack the intensity of the Premier League. Players such as Donny van de Beek, and Hakim Ziyech have both been victims of this and have struggled to make big impacts at their respective clubs. Timber transitioning into the league under a manager that he already has a relationship with, could make him a dangerous player. He has all the qualities of a modern-day centre back: speed, physicality, agility, and the ability to carry the ball forward. He could be a long-term partner to Raphael Varane.

Another player that is currently playing under ten Hag at Ajax, Antony has set the Eredivisie alight since signing back in 2020. He is a direct winger who is as good at crossing with his right foot as he is finishing with his left. He is quick, powerful, and very skilful. Some have even likened him to the young Cristiano Ronaldo back when he burst onto the scene in the 2000s. He plays from the right-hand side, a position that United have struggled to fill since Ronaldo left in 2009. Many thought Sancho would be the man to do this, but he seems to prefer to be deployed over on the left flank.

Antony, as previously mentioned with Timber, would have less of an issue settling into Manchester United than other Eredivisie exports. The presence of fellow countrymen Fred and Alex Telles will be a plus, as well as the plethora of Portuguese speaking players in the current squad. It was clear United needed to improve on the attacking front, and Rashford’s sudden decline has made this even more obvious.

Darwin Nunez has been a breakout star of the 21/22 season. He’s a young, talented striker who plays for Benfica. United have been heavily linked with the forward, especially after reports that the club will be looking at younger strikers, regardless of Ronaldo’s situation. United need someone hungry and full of energy to score goals consistently for the side and Nunez could be the guy. They currently just have Ronaldo and Cavani as striking options, and with the latter set to leave in the summer, it is time for United to revisit and revamp their front line.

The Uruguayan has been the subject of interest from other Premier League clubs too. West Ham put in a bid for him in January, but Benfica shot it down. Newcastle United were also interested but were shot down when the player made something very clear – he wants European football next season. Particularly, Champions League football, which could be a problem for the Manchester club. A deal for the forward would be in the region of £66 million.

Where do we start with Nkunku, he left PSG to join RB Leipzig to get game time, and what a decision he made. He played a part in getting his side into the latter rounds of the Champions League back in 2020, and this season has stepped it up a gear.

He’s added goals and assists to his game; being directly involved in thirty goals in thirty league games this season, as well as scoring seven in six Champions League games. He has been scouted by United this season and interim manager Ralf Rangnick would certainly approve the move. He is a long-time admirer of the Frenchman and actually suggested that United keep tabs on him.

Nkunku has great versatility and can perform well in a few different attacking roles. He can play from the right, through the middle and even slightly deeper in midfield. He would add more depth and goal threat to United’s midfield and attack, depending on where he would play. He could play a similar role to Dusan Tadic in ten Hag’s Ajax system.

Currently playing for Chelsea, Antonio Rudiger has been heavily linked with a controversial switch to Man United. He comes to the end of his Chelsea contract in the summer and Chelsea seem unwilling to meet his new contract demands. United have since been heavily linked to the German, but a deal may be difficult without Champions League football. The wages would also be quite high for the 29-year-old.

Rudiger would bring aggression to United’s back line, which has been very passive. Both Maguire and Lindelöf seem to have lacked the passion it takes to be a successful Man Utd centre back. Rudiger would bring a more aggressive style to the position and would complement the abilities of Varane very well. The problem is, he isn’t exactly one for the future. Erik ten Hag will be looking to execute a long-term project at United and he’ll likely prefer younger players like Jurrien Timber.

Perhaps the largest looming question around Erik ten Hag’s arrival is the future of Cristiano Ronaldo. The 37-year-old is contracted for another season, but he may not be part of the Dutchman’s plans. The striker made it to fifteen goals in the league with a hat trick against Norwich, meaning he has what it takes to remain a key player should ten Hag keep him around.

It’s no secret that United will be looking at younger options, and Ronaldo is aware that his game-time could suffer if a younger striker is brought in. Regardless of how often he plays, Ronaldo is a massive player to have at your club. He’s a role model to younger players and the idea of playing alongside him is attractive to potential new signings. Many have tipped Ronaldo to take the captain’s armband from Harry Maguire at the end of the season.

The experience and mentality of Ronaldo is priceless. His impact on those around him is special, everyone wants to be like him. Having him around will also be nothing but positive for the development of youth at the club. United have a few bright sparks in the academy that Ronaldo will influence, one in particular being Alejandro Garnacho.

If Ronaldo was to depart the club, there would be a few suitors. The one that stands out is Paris Saint Germain, they expressed interest last summer but had their eyes on other targets first, including Lionel Messi. Ronaldo and Messi on the same team is something that every football fan would relish seeing, even if it does come at the end of their careers.

He would also attract interest from former club, Sporting Lisbon. Whilst unlikely, due to the massive wage cut he would need to accept to re-join his first professional club, stranger things have happened in football…