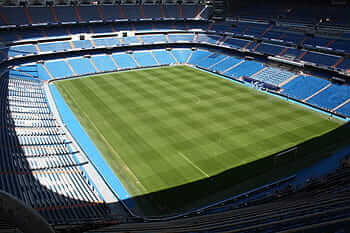 Three Lionesses in the Knockout Phase

After a bold move by the Lionesses manager, Phil Neville, to shake up the team with eight changes to the team put in a resounding performance in their 2-0 win over Japan. This places them at the top of Group D and this is in no small part due to the accuracy and skill of Ellen White.

Competition Heats Up For England

Having been beaten by Japan in 2015, White’s 30th and 31st goals for England met with rapturous applause and made for a great start to the womens world cup on tv. This will clearly offer a psychological boost as the team prepare to take on Norway in the next stage.
Despite Japan’s loss, the score was not reflective of the effort exerted on the England team, with Japan repeatedly taking aim and probing for their opponent’s weaknesses. Fans outside the stadium watched livesports only to see an early free-kick by Kumi Yokoyama thwarted by England goalkeeper Karen Bardsley whose sharp performance throughout the match kept the Japanese side at bay.

England have opened their gambit to this year’s live womens world cup with a strong start. New players and veterans of the competition have pushed hard to demonstrate their inclusion in the squad and this match against Japan has been a clear example of this effort.Georgia Stanway, one of the newcomers tested their opponent’s defences with two solid attempts at the goal only to be thwarted by some outstanding work by goalkeeper Ayaka Yamashita. However, whilst England were able to put the pressure on throughout the game, scoring once either side of half-time, their performance was not faultless.
Difficulties taking the game away from home in the first half coupled with easy giveaways in the second served as a reminder of Neville’s warnings about playing from a stand-still. A strong review of player tactics will be needed if England expect to progress far into the competition.

Whilst not expected, Cameroon’s phenomenal 2-1 victory at the womens world cup over New Zealand has placed them opposite England in Valenciennes on Sunday. Ajara Nchout scored two well placed and well-deserved goals to turn the tide on New Zealand who had been favoured by many to be the eventual winners of the match.
What had been a relatively uninspiring 60 minutes suddenly turned into a game worth watching for the final 30 as Nchout outmanoeuvred the New Zealand defenders to place one of the first goals. This sudden uplift in the performance was only marred by an unfortunate own-goal by Cameroon’s Aurelle Awona, before Nchout once again put Cameroon ahead before the final whistle.

What did this mean for Three Lionesses? Cameroon was underestimated against the Kiwis, and it was reasonable to expect England to win on Sunday. However, Neville’s warnings were heeded to avoid complacency. More care and attention with passing the ball and keeping the formation down the field tight. Neville was clearly impressed by the experience and professionalism of his key players, however, there was still a lot of work to do. An undisputed victory by 3-0 paved the way for the Three Lionesses to qualify for the quarter-finals.