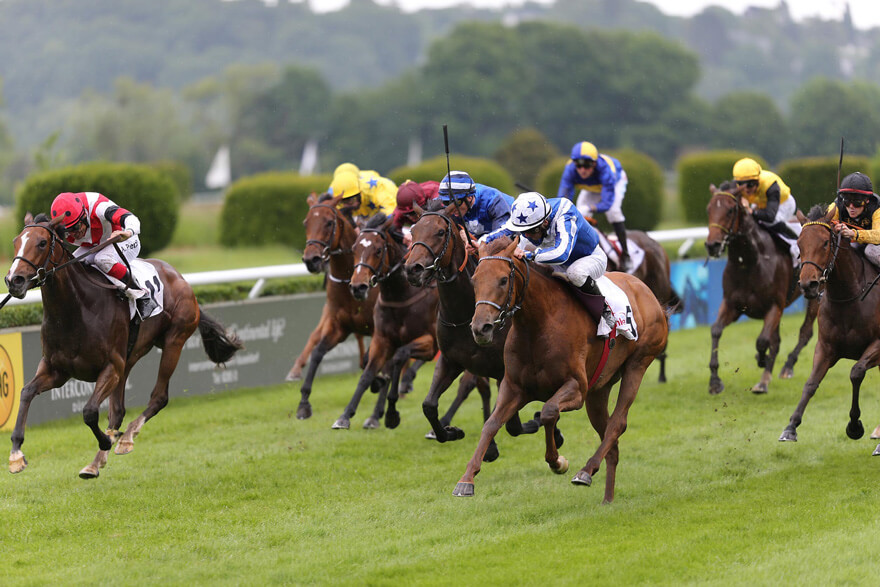 As we get ready to bid farewell to this year and look forward to what the next has in store for us, sport and horse racing organisations are looking to capitalise on the festivities.

While the FIFA Club World Cup and Premier League are in full swing, some of Britain’s most prominent racecourses are putting on Christmas-themed races. Here’s a look at how Ascot and Cheltenham are wrapping up the year, and what events to look forward to in 2020.

The Ascot racecourse is one of the UK’s leading racecourses, hosting 13 out of Britain’s 36 Group 1 horse races. The racetrack has close ties with the British Royal family and organises 26 race days every year.

Next up is the Christmas Family Raceday which will be held between the 21 and 22 December. Over two days, there will be numerous high-class supporting races, culminating in two massive £150,000 races.

This year’s highlights are the Betfair Exchange Trophy and the Grade 1 Marsh Hurdle, and the latter happens to be one of Britain’s most prestigious long-distance hurdle races.

The Royal Ascot is the centrepiece of Ascot’s 26 racing days and probably one of the most unique and prestigious horse races in the world. And just as the name implies, this is a major event that attracts royalty and the British high-society.

The Royal Ascot is an old tradition dating back to 1711 and has become one of the UK’s biggest social events. The event is held every summer in Ascot and takes place over five days. And each day is officially opened by the Queen and assorted royals.

Given its royal nature, The Royal Ascot is more than just a common horse racing event. It is, rather, a highly prestigious social gathering where attendees dine the most expensive and exquisite food, discuss high-end fashion and mingle with some of the country’s most influential people.

And oh yeah, then there’s the fact the event hosts some of the world’s best racehorses as well.

By royalty for royalty

It’s no wonder this event has a royal stamp on it, considering it was created by Queen Anne in 1711.

As the story has it, Queen Anne rode her horse from Windsor castle to the field and stated: “this would be a fine place for a race”.

For obvious reasons, Queens have an easier time manifesting their thoughts into reality than common folk, and later that year the first Royal Ascot event was held.

The Royal procession and the Royal Enclosure

Ever since Queen Anne established the racecourse, a British monarch has attended the Royal Ascot every single year. In 1825, the Royal procession was introduced – a tradition that has become synonymous with the event and carries on to this day.

It all goes down on opening day when the Queen and assorted royals enter the field escorted by horse-drawn carriages. In an old-fashioned and almost fairytale-like manner, the royals slowly travel down the racetrack – while waving to the cheering crowd of course – and make their way into the parade ring.

Then the monarchs enter the Royal Enclosure, which obviously is the venue’s most exclusive section. Befittingly, the Royal Enclosure is an invitation-only section of the Ascot racecourse. It was established in 1807 and was initially built to host guests of King George III.

Today, the Royal Enclosure is an almost mythical part of the event, so how does one get in? Well, there’s no straightforward answer to that question, as invitations are based on social stature, connections and reference.

The posh crowd in the Royal Enclosure are certainly required to show they can play the part. This prestigious VIP-like-section has a rigid dress code that honours tradition and ensures the Queen is only seen in the company of aristocrats. Men have to wear a full morning suit with a waistcoat, and a black or grey top hat at all times. Socks and black shoes are also mandatory.

Women don’t get away any easier. Ladies are required to wear a hat with a base of minimum four inches (we all know the Queen loves hats) and dresses with a modest cut. However, ladies may wear trousers, but only if they wear a jacket or a top in “matching fabric”.

The next tier of the venue would be the Queen Anne Enclosure – you can look at it as First Class on a plane. Here, men are required to wear a suit and tie while women are encouraged to dress a “tasteful dress” and a hat.

Beyond these two exclusive sections, ordinary folk can unwind and enjoy the event without the restraints of dress codes.

Looking forward into the next year, we’ve got the prestigious Cheltenham Festival coming up.

Just like Ascot, Cheltenham is one of Britain’s most well-known racecourses. It might not have ties to the royal family but Cheltenham has become known for its scenic location instead.

Just like Ascot, Cheltenham is closing this year with some spectacular races. On the 1st of January, Cheltenham greets the new year with seven quality races.

The tickets start from as little as £10, and there will be plenty of additional entertainment surrounding the races.

A bit further down the line, in March, Cheltenham will organise the yearly Cheltenham Festival. This event includes several Grade 1 races such as:

If you can’t make it out to these spectacular racecourses and see the races live, there’s the option of following the action from your tv, mobile or tablet instead.

Naturally, most races are broadcasted, so that to those who’d rather watch horse racing on tv don’t miss. If you prefer to watch horse races on tv, there are several options to choose from. Here are a few channels that broadcast a lot of live horse racing:

Being a mammoth when it comes to broadcasting sports, Sky Sports offers a lot of British horseraces. By downloading the app and signing up for a subscription, you’ll be able to stream a vast selection of live horse races on any device you like.

The ITV Racing App is a great way to watch live horse racing. Instead of following live horse races on tv, you can enjoy them on your mobile or tablet. That way, you’ll get to see all races live, get access to exclusive videos and features and keep yourself updated with the latest racing news.