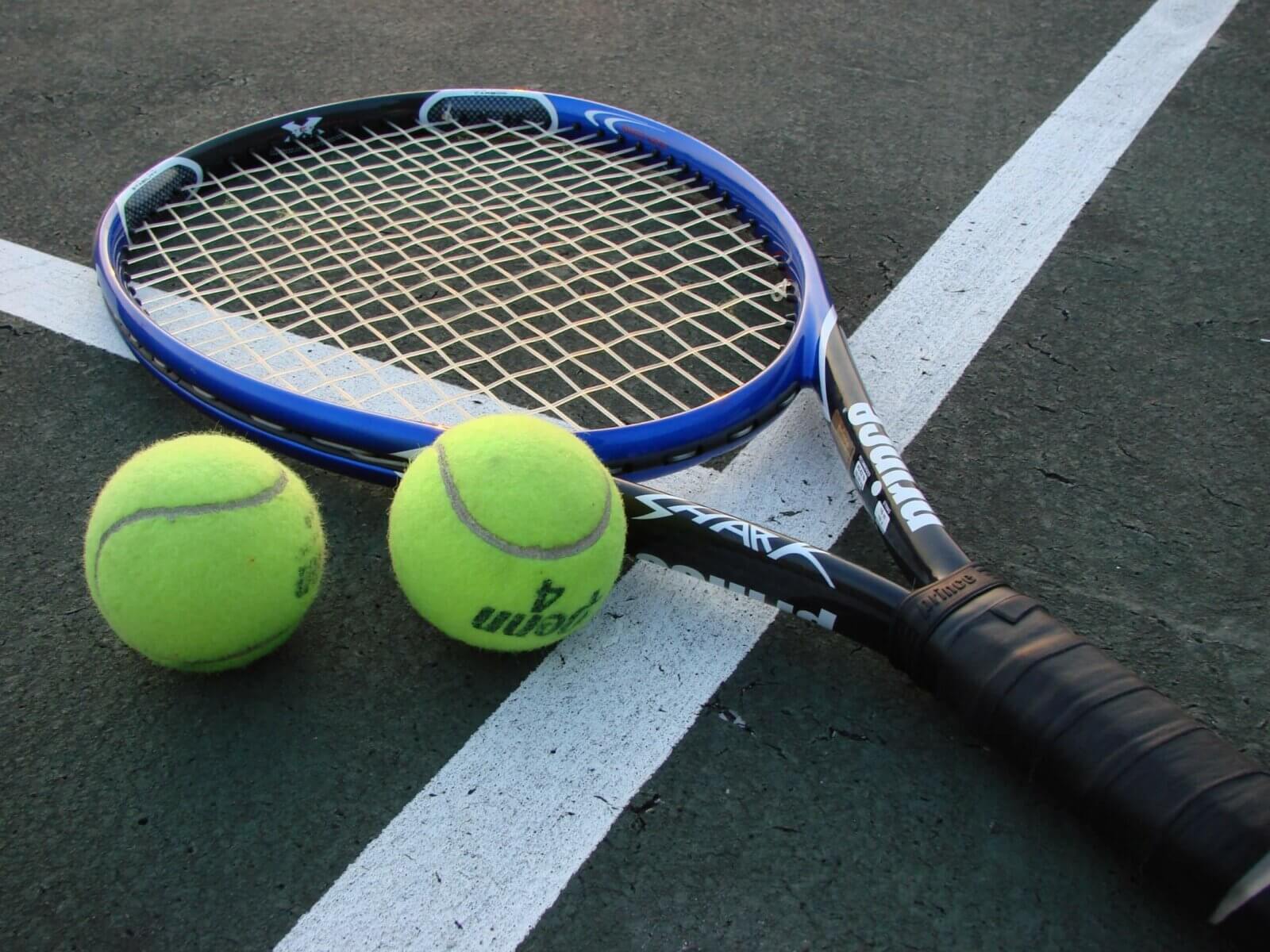 Who can rock the tennis rankings in 2021?

It may happen on March 8, 2021: Novak Djokovic as the player who spent the most weeks on top of the ATP tennis rankings. However, after an intense year 2020 under special circumstances, the latest results suggest that the Serbian dominance could soon be interrupted. We have analysed the past season of the young guns Thiem, Medvedev, Tsitsipas, Zverev and Rublev. Who could push Djokovic from the tennis throne in a highly anticipated year 2021?

The end of an era?

The top 3 – Roger Federer, Novak Djokovic and Rafael Nadal – shaped an era in tennis. Since 2004, the three exceptional athletes have fought 56 ​​of the 67 Grand Slam titles among themselves. In recent history, Djokovic in particular has shown a sometimes frightening dominance. The Serb recently finished 2020 as the best tennis player in the world – for the sixth time! Only Pete Sampras had done this before.

Djokovic may celebrate his 311st week as number 1 in March 2021, overtaking Federer as the record holder. Considering his substantial lead in the ATP tennis rankings (280 points advantage over number 2 Nadal), it seems unlikely that someone will stop the Serb from achieving his dream. However, the signs of someone finally breaking the dominance of the three tennis legends have recently intensified not only because of the latest tournament results.


Symbolically, Djokovic and Nadal both dropped out of the Nitto ATP Finals 2020 on the same day. Djokovic lost his semi-final match against the later winner Daniil Medvedev 6:3 6:7 3:6. Nadal lost to Dominic Thiem 5:7 7:6 6:7. Medvedev and Thiem: Two representatives of the younger tennis generation who knocked on the door of the tennis throne in 2020. In 2021, they could finally overtake them.

Djokovic and the Olympic Games

The year 2021 is again under special omen due to the outbreak of the corona pandemic. The Tokyo Olympics, originally planned for 2020, have been postponed to summer 2021. The Olympic tennis tournament ranks on a prestige level with the Grand Slams – possibly even above for some of the top players. However, no points in the ATP rankings are awarded for winning a medal. As a result, it will be crucial how the best tennis players plan their calendars around the Olympic Games and Grand Slam tournaments.

Novak Djokovic is likely to more than just panting for the thought of an Olympic gold medal. The 33-year-old is still missing an Olympic victory in his collection. He described his first-round defeat to the Argentinian Del Potro at the Olympic Games in Rio 2016 as one of the “most painful moments” of his career. Djokovic left the Centro Olímpico de Tênis in tears. As a result, it can be assumed that Djokovic will likely be in top shape on July 23, when the games are scheduled to kick off. Should Djokovic set Tokyo as his main target for 2021, other players could take advantage and focus on collecting points for the ATP tennis rankings in the Grand Slams and ATP tournaments of the regular tennis season.

Moreover, we look back on a year 2020 that was dominated by Djokovic (only 5 defeats in total). Yet, we saw many of his matches against rising top players being tight. Furthermore, the latest results at the Nitto ATP Finals and the US Open underpin the assumption that the top is getting closer and closer. There are enough candidates to take on the top position. But who could topple Djokovic?

Federer’s health state and the dream of gold – Nadal back to 1?

Djokovic’s longing for Olympic gold is definitely not exclusive. Roger Federer won the gold medal in Beijing in doubles in 2008. However, like Djokovic, the Swiss is still missing the top place on the podium in the individual competition. In London 2012, he lost the final in straight sets to Andy Murray. The Scot took the first tennis gold medal for Great Britain since Josiah Ritchie in 1908 at the previous London Olympics. Murray won a second gold medal in 2016.

Despite reaching the semi-finals at the Australian Open (3-set defeat to Djokovic), the past season was one to forget for Federer. After Melbourne, he had to undergo surgery on his right knee, missing the rest of the year.

Federer wants to attack again in 2021. He called off his participation at the Australian Open, as his fitness level is not on level yet. Therefore, his primary goal is Tokyo 2021. It remains to be seen whether the now 39-year-old will be able to build on the glamour of bygone days. For the Swiss, the fact that he can collect many points on the ATP tour due to his absence in 2020 is an advantage. However, the past has shown that Federer plans his calendar carefully and completely dispenses with parts of the season.

The situation looks a little different with Rafael Nadal. The Spaniard has already won gold in singles in Beijing 2008. He also brought home another gold medal in doubles in Rio in 2016. The ‘king of clay’ has announced that he will also be starting in Tokyo in 2021. Yet, it can be assumed that he will put his main focus on other goals, such as defending the French Open once more. As the current number two in the world, he is also Djokovic’s closest pursuer and has a definite chance of becoming number 1 in the world for the ninth time.

Zverev and Thiem: friends and rivals for the future number 1

The current favourite for the long-term Djokovic successor is Dominic Thiem. All matches between him and Djokovic since 2019 have been close, 4 out of 5 went over the maximum set length. Things looked good for the 27-year-old for a long time at the final of the Australian Open. In the end, he lost in five sets.

The dam then broke at the US Open 2020: Thiem won his first Grand Slam title. Since then, he has been bursting with self-confidence. He defeated Djokovic for the first time on hard court in an important semi-final in London. Thiem’s ​​main improvements are his consistency in important tournaments and impressive mental development. If he can take this with him into 2021, we consider him the main contender to beat Djokovic at the Australian Open 2021.

His biggest rival in the future might be Alexander Zverev. For his part, the German just missed the first Grand Slam title in a bitter fight at the US Open final. The season also confirmed that Zverev can keep up with the very best. Victories against Nadal and close matches at eye level against Djokovic and Thiem, as well as two ATP 250 wins in Cologne are his further record of the season.

Zverev also confirmed his participation at the 2021 Olympic Games. However, he already indicated in 2016 that he prioritizes the ATP tour. At that time he cancelled the tournament in Rio due to increased fatigue. The hunger for his first Grand Slam is likely to be greater than ever after the close defeat at the US Open final. When asked about his wishes for 2021, he recently said cheekily but firmly: “Three Grand Slam victories”.

Can Medvedev, Tsitsipas and Rublev rock the tennis rankings?

In addition to Zverev and Thiem, three other players have recently drawn attention to themselves.

The newly crowned champion of the ATP Finals, Daniil Medvedev, is one of them. The 24-year-old can look back on a successful season. He has attained victories against Djokovic, Nadal, Zverev and Thiem. In addition, he grabbed another title at the Paris Rolex Masters. Medvedev will not be happy about his poor result at the Grand Slams, on the other hand. The end in the round of 16 of the Australian Open was just as disappointing as the defeat against Fucsovics in the first round of Roland Garros. After all, he reached the semi-final at the US Open. However, if Medvedev can maintain his strongly rising form of autumn, he is a serious candidate for a Grand Slam victory and a further climb in the tennis rankings during the upcoming season.

The same applies to Medvedev’s arch rival Stefanos Tsitsipas . The Greek had won the ATP finals of the 2019 season and was considered the rising star for the 2020 season. However, Tsitsipas could not meet the high expectations. At both the Australian Open and the US Open, the 22-year-old lost his the third round matches. Nevertheless, his good performances at the French Open should encourage him for the new season. He only lost in the semifinals in 5 sets to Djokovic. Tsitsipas also won his fifth title on the ATP tour at the Open 13 in 2020.

Andrey Rublev is considered the best newcomer of the 2020 season. The Russian was able to integrate more constancy and calm into his game. This helped him to a total of five titles in Vienna, St. Petersburg, Hamburg, Adelaide and Doha. He also reached the quarter-finals of Roland Garros and Flushing Meadows.

Tennis fans were able to witness numerous close matches at the ATP Nitto Finals and the 2020 season in general. Can Nadal or Federer land another attack on the ATP tennis rankings? Is one of the next-gen players, Zverev, Thiem, Medvedev, Tstitsipas or Rublev, taking off? Or can Djokovic be celebrated for the seventh as ATP number one at the end of 2021?

The first highlight of the calendar are the Australian Open. Due to the pandemic surrounding the Covid-19 virus, the tournament in Melbourne in the 2021 season is expected to start on February 8, three weeks after the initially planned start date.