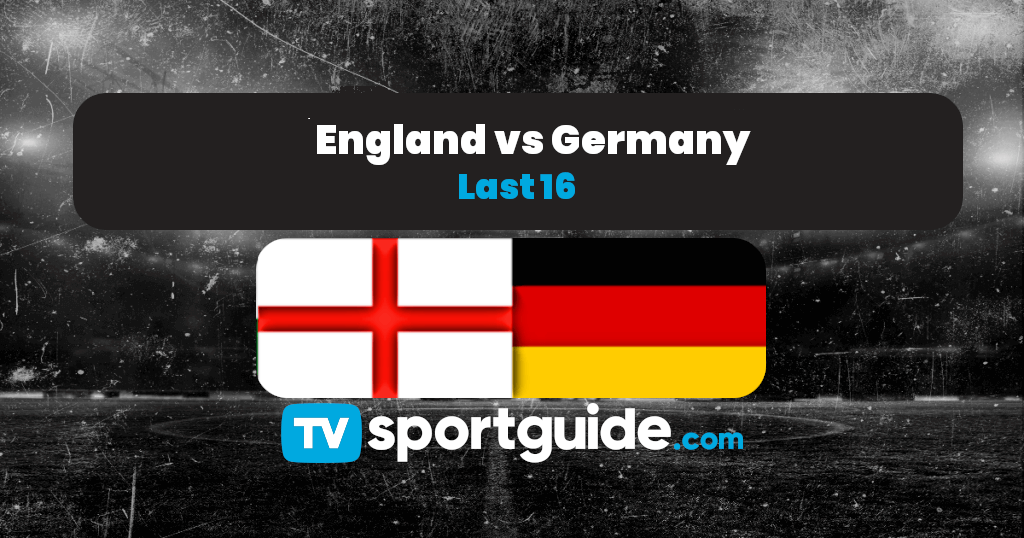 After a stuttering group stage at the EURO 2020, England will meet Germany on Tuesday night at Wembley. The Three Lions won Group D to set up the last-16 match against the runners-up of Group F.

The fact that the match is for both the first knockout stage game of the competition brings additional explosiveness to the old time classic England vs Germany. The winner of this match will face the winner of Ukraine vs Sweden in the quarter-finals. In a possible semi-finals Netherland, Czech Republic, Wales or Denmark would be the opponent.

England won its group, collecting seven points. They won by 1-0 against both Croatia and the Czech Republic. Against British rival Scotland, Gareth Southgate’s team came out with a 0-0 draw.

England did not impress offensively during the group stage. Two goals from Raheem Sterling were all the team produced in the attacking part. The three lions showed stiffness in their ability to move the ball and break the lines. Moreover, they lacked innovation and imagination when they were in possession of the ball. The midfielders did not manage to target Harry Kane properly, who did not score in the group stage. England needs to improve in this area if they want to live up to their status as favourites.

However, Southgate will be happy about the defensive stability in their three previous games. The back line performed well so far and showed that they can be one of the best defences in the competition. Against the likes auf Gnabry, Havertz and Müller, they will have to prove this ability once more.

Germany were minutes from crashing out from their group. They managed to save a last-minute draw against Hungary, and therewith booked themselves a knockout stage spot. Löw’s team had been everything from brilliant to desolate, and are therefore impossible to estimate. In their opening match, they lost to France (0-1), only to show their best performance subsequently and overpower a helpless Portugal.

However, they couldn’t have complained to quit the EURO after their poor effort against underdog Hungary. Their fans were on the edge in that last game, as Hungary took the lead on two occasions. If it weren’t for Leon Goretzka‘s late flipper goal, Joachim Löw would have seen his team suffering another shocking exit at his last big tournament as the head coach.

EURO 2020: England vs Germany – History and Head to head

Since 2013, England and Germany played four times. ‘Die Mannschaft’ has won twice, England once, and one match was held to a draw.

Overall, the two rivals faced each other 32 times. England won 13 times, Germany 15 times and four games ended as a draw. The most famous battle between the two teams was, of course, the 1966 World Cup Final, which England prevailed with 4-2.

Another iconic match between the two teams was the Euro 96 knockout stage clash, in which Germany prevailed after a thrilling penalty shoot out. The irony is that present coach Southgate missed the crucial penalty back then.

The last time that the two teams faced each other in a major competition was in the 2010s World Cup in South Africa, when Germany defeated England 4-1, also in the Round of 16. However, the match is also remembered for Lampard’s 2-2 equalizer that wasn’t given as a goal by the referee.

England will most probably continue to play with the 4-3-3 system. Chillwell and Mount are both expected to be ready and will aim to offer defensive stability, which is the most important aspect of Southgate’s philosophy. Maguire and Stones had a good chemistry in the previous game against the Czech Republic. Hence, they are expected to be the main defensive duo against Germany. Declan Rice and Kalvin Philips will start as they play a vital part in the defensive operation of the team. The main striker will be again Harry Kane. Regarding the other positions, Southgate has showed that every single player in the squad can possibly slide in.

Germany will start with their favourite 3-4-3. Ginter, Hummels and Rudiger are expected to continue forming the defensive trio. Gosens and Kimmich are the wing backs. In addition, Manuel Neuer as the main GK is a huge weapon for any coach, as he can play well with both feet. In addition to goalkeeping, he can assist in the built-up of the game. Toni Kroos will organize the majority of the German attacks. The lack of one typical target man created problems against deep sitting defence lines. England does have a great defensive organization, which could cause Germany struggling to create chances. On the other hand, Germany may attempt to break the English defence from the wings, where they have quick players, such as Gnabry and Sane.

The English striker with Jamaican roots is the only goal scorer for England in this competition. He already has two goals to his name, one against Croatia and one against the Czech Republic. Sterling was the biggest threat for the opponent’s defence so far. The Manchester City superstar is a very hard to stop in 1vs1 situations. In addition, he has shown to move well within spaces and finding promising positions to shoot. Sterling will be catalytic in the next game as Germany may press early on. Thus, if England manages to overcome their pressing, they could find their chances in quick counter-attacks. There are the scenarios which Sterling is most dangerous from.

The Real Madrid superstar will be responsible for the organization of all his team’s attacks. He is a player that can switch the game, and he is a playmaker that can control the pace of the game. England does not have a player of the likes of Toni Kroos. Accordingly, he can become a key player in the match for Germany. Gareth Southgate will try to come up with ideas to limit his touches on the ball.

Both teams haven’t shone so far in this tournament. However, the expectations from media and fans is equally high in both countries. From an individual point of view, England as well as Germany are able to reach the semi-finals and more. For one of them it will be all over after the Round of 16, however. Germany has developed to a bogey team for England in crucial matches, and during their match against Portugal they have displayed their quality. We can expect Germany to reach their top level during this game. And England must find theirs, if they want to stand a chance against the three-times champion.