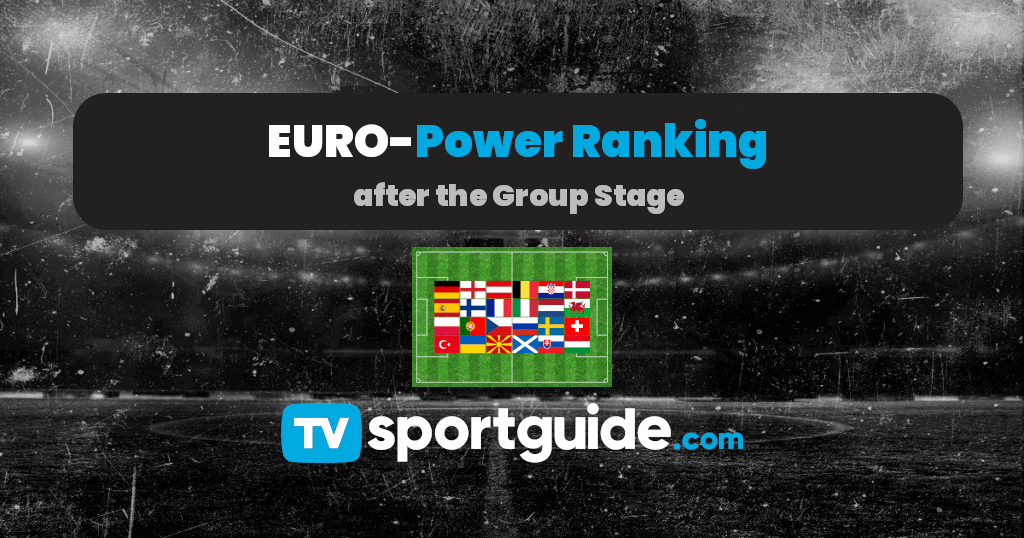 The group stage of the Euro 2020 has been played out. What remains? All the favourites have progressed and we have witnessed a terrific drama. There were also many beautiful goals and a record number of own goals. In the round of 16, a number of teams will meet that belong to the extended circle of favourites already. In our EURO 2020 Power Ranking after the Group Stage, we present the 5 teams that we currently believe are most likely to win the title at the European Championship.

During the 2:2-draw against Portugal, the world champions once again showed two different faces. On the one hand, the game could have gone another way, with Portugal snatching all the three points, as well as the first spot in the group. On the other hand, France had a couple of opportunities to decide the game in their favour earlier and even knock the defending champions out of the competition.

It is clear that France has not (yet) shown its top class. However, the individual quality of Deschamps’ team still makes them the undisputed main favourite of the tournament. Moreover, the team did not necessarily shine with exhilarating attacking football at the 2018 World Cup either. In the end, however, they won the tournament in a fairly commanding fashion.

The French really have to earn the title this year, though. After Switzerland in the round of 16, either Spain or their World Cup final opponents Croatia await in the quarter-finals. In a possible semi-final, they could meet Belgium, Portugal or Italy.

As one of three teams, the Netherlands won all 3 matches in the preliminary round. The clear 3:0 against tournament outsider North Macedonia did not catapult Frank De Boer’s team to the top of our list. However, the fact that “Oranje” would not meet any real heavyweights until the semi-finals, did.

Should they beat the Czech Republic in the round of 16, the obstacle in the quarter-finals would be the winner of Denmark against Wales. A thoroughly rewarding schedule, considering that almost all the main favourites are in the other half of the draw. In the semi-finals they could then meet the German team or England, neither of whom has exactly covered themselves with glory in the current tournament. The Netherlands are therefore a hot candidate for the final.

Learn everything about the Netherlands here.

The Italians have also won all their matches. Afer all, Mancini’s team is now unbeaten in 30 matches. Austria is a feasible opponent in the round of 16. After that, however, it would be tough for the Azzurri: in the quarter-finals they would face either Belgium or Portugal.

The true market value of the Italians will be revealed there at the latest. But so far, they have made a refreshing offensive impression and have a lot of self-confidence.

Belgium cemented their impression as a mature team in their third match against Finland (2-0). In their group they were without competition – and yet they got one of the toughest lots of the round of 16 – Portugal. The road to the final would not get any easier if they won: Italy in the quarter-finals and France, Spain or Croatia in the semi-finals.

The Belgian team will have to prove that they are the strongest if they finally want to win a title this year. Navigate to the team page here.

The Three Lions have still not delighted us with inspiring football. However, the bottom line is that they finished the preliminary round group in first place.

Unfortunately, this performance will not be rewarded, because Germany, their fearful opponents, are already waiting in the round of 16. Jogi Löw’s team has shown a mixed performance in the tournament so far. However, the past has shown that Germany can improve at any time during a tournament.

Should England prevail, they would play the winner of Sweden against Ukraine for a semi-final ticket. Moreover, they would avoid Belgium, France, Spain, Italy and Croatia until the final.