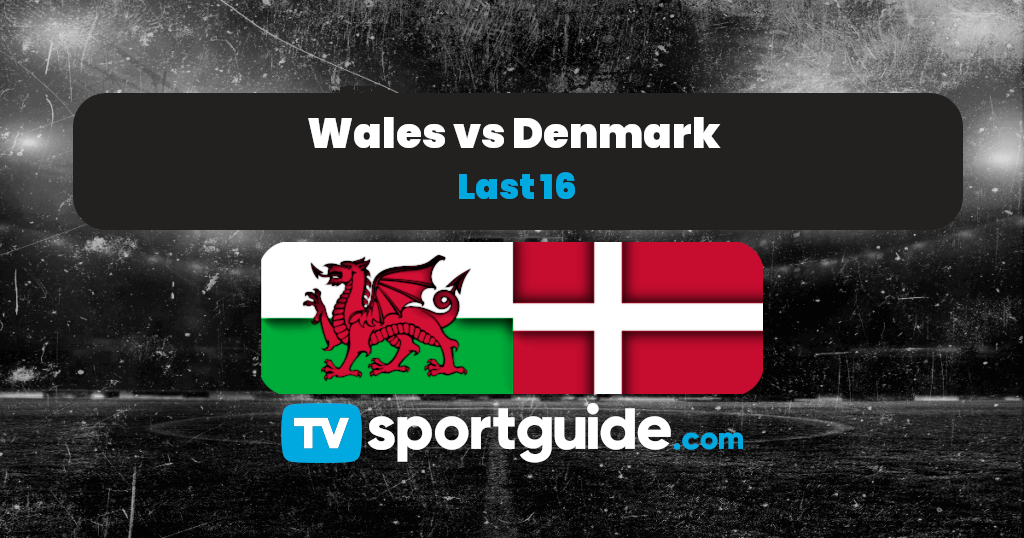 Wales will meet Denmark for the round of 16 of the EURO 2020 on Saturday. The match will take place at the Amsterdam Arena in the Netherlands. Both teams have finished second in their groups and showed positive aspects in their gameplay. Thus, we believe that this battle will be one of the most exciting games of this phase, between two equivalent teams.

In 2016, Wales shocked the European football world when they reached the semi-finals of the competition. The competition did not start positively for the dragons. However, they aspire to make another massive statement at the EURO 2020 five years after their first participation.

At the 1-1 opening match draw against Switzerland, the Welsh team did not perform well. Switzerland was the dominant side for most of the 90 minute and could have scored the winner easily. Accordingly, Wales had to be content with sharing points. Just a few days later, however, Robert Page’s team showed exceptional effectivity against the Turks, when they won by two goals to zero. Wales secured the second spot of the group against Italy, surviving immense pressure in the final few minutes. In the end, they lost 0-1 and remained second due to the better goal difference over Switzerland.

Even though Page’s side managed to qualify on that night, the performance of this game was disappointing again. Hence, the coach is expected to work on some tactical knacks, in order to enable the team displaying an improved effort and increase the chance to qualify to the quarter-finals.

On the other side, Denmark has been the first team in the competition’s history to qualify from the group stage phase after suffering two defeats. Despite partly inspiring performances, they had lost their first two games against Finland and Belgium. In the final game of the group stage, they defeated Russia 4-1 in front of their own crowd at the Parken Stadium in Copenhagen, demonstrating just how well they can play.

Denmark qualified to the stage of Last 16, demonstrating inspiring mental strength. After seeing their teammate and leader Christian Eriksen collapsing during the opening match against Finland, they have found themselves again and enthused their compatriots. Thankfully, Eriksen did not experience the worst-case-scenario and feels much better already. He wished that his team would ‘’bring the Round of Last 16 to Denmark’’, and that is exactly what they did.

Despite the similarities between the two sides’ competition thus far, one major difference is the momentum they find themselves in.  As mentioned previously, the very last impression of the Welsh team was a disappointing performance against Italy. Denmark, on the other hand, will be full of confidence after a fabulous night for the country against Russia.

The knockout match will be the first time that the two teams meet each other in a major tournament. However, Denmark managed to win the three last competitive meetings they’ve had. Interesting fact: none of their last 10 meetings ended up as a draw. Wales won four times, Denmark six times. The last time the two faced each other was in November 2018. Denmark won the Nations League match back then 2-1.

Danny Ward has been one of the most important individuals in this competition so far. The Leicester City goalkeeper has made some special and important saves so far and contributed to Wales‘ qualification to the Last 16. Gareth Bale and Aaron Ramsey remain the undisputed leaders of the team. Every created chance is likely to pass through the feet of either one of the two. Wales continue to play tough and physical football, focusing mainly on the defensive part. Offensively, Wales will aim again to create some fast counter-attacks or to convert the set pieces into something tangible.

Ethan Ampadu is suspended for the game against Denmark. Therefore, Page is expected to play with four players in the back instead of three. The most probable scenario is that Mepham and Rodon start as the defensive duo, Allen will appear as the defensive midfielder and Ramsey and Morrell will be the midfielders. Moore will be the target man. Bale and James are expected to start on the wings.

Denmark comes with a very different style of play. They like to dictate the game through their technically gifted players by dominating possession and breaking the opponent’s lines with direct passes. Moreover, Denmark is a team that knows how to put pressure on the opponent’s defence. We can expect an aggressive Danish team on Saturday. Denmark is expected to start with the very same line-up and formation as they did against Russia. Vestergaard, Christensen and Kjaer will start as the three centre backs. Wass and Maehle as the wing backs. Höjbjerg and Delaney will form the midfield and Braithwaite, Damsgaard and Poulsen will are the front three.

The captain did not manage to score until now in the competition, even missing a penalty against Turkey. However, he remains the experienced leader of the team and their best player. Bale is dangerous with the ball on his feet and always needs two opponent players next to him when he holds the ball. He can create space for his teammates and, due to his pace, will be a problem for Denmark, if Wales creates counter-attacks. Once again, Bale will be a key player for this match, as his experience and qualities can be a factor to defeat Denmark.

Denmark does not rely on an individual performance as heavily as other teams, but sustain a good collective squad. Their unity and their resilient character is what makes them the favourite to many neutral football fans around the globe. Captain Simon Kjaer is a reflexion of this character already proven. Kjaer is fighting for every ball, organizes his teammates and proved his leadership during the dramatical situation around Cristian Eriksen’s collapse. If Wales will take the lead, we will see Kjaer pushing his team forward, which can be a key for the Danes.

We are expecting an interesting battle of two different philosophies and two teams that play with a completely different approach.

Denmark’s squad is more complete compared to the one of the Welsh side. They have already made one of the biggest comebacks in football history at the EURO 2020 and will feel they have nothing to lose. Therefore, we believe that Wales has to bring their very best on Saturday to stand a chance against a confident and euphoric Denmark.